You are here: Home>Blog>Merry Christmas 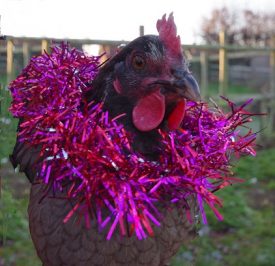 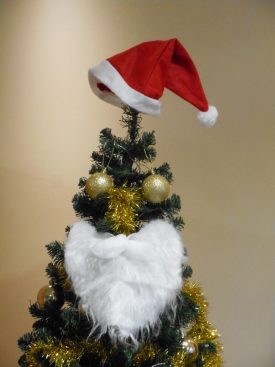 Christmas approaches and I’m sure that you, dear readers, are knee-deep in your preparations. Our Warwickshire would like to thank you for your kind readership, contributions, and comments that have gone into making the site stand on its own two feet. It’s been running a while now, and the new year seems a fine time to kick on, especially given we have a brand spanking new site. In tandem with this website, of course, Market Hall Museum inches ever closer to its opening date in February. There’s lots of work, as you can imagine, going on behind the scenes, and we’ll be sure to update you there, where necessary.

For now, though, I’d like to reflect briefly on the past (for a change!). It’s interesting to see how certain traditions are familiar to us, even when looking back on a time now a century and a half ago. George Waller’s letter home from the Crimea focuses on his Christmas dinner. A story of turkey and plum pudding features heavily; this is not just a reminder of Christmas for Waller, but is his Picture of Home – the familiarity of the food cooked is a comfort to him when he is based far away, in harsh conditions. It offers stability and security, and a means of identity.

Meanwhile, it’s also panto season. 1880s pantos had a number of similarities to present day efforts, it seems, and there’s a little article about Leamington’s production of Robin Hood at the Theatre Royal. We can also see how sending Christmas cards has been a familiar routine through the ages both in this county and beyond. Of course presents and Christmas decorations are a popular theme at this time of year. It would be remiss of Market hall’s collections not to take this into account so, of course, they do.

December also brings other commemorations. Perhaps the most notable ‘anniversary’ is the death of George Eliot in this month, in 1880. The site features a letter she wrote to a female friend, part of the collections held at the Warwickshire County Record Office, but there is also a snippet about her early life, too. On the other side of the coin, Rugby poet John Moultrie was born in this month, and you can read all about an argument between a number of luminaries here.

This is just the Christmas content, of course. With the opening of Market Hall Museum, and your contributions to come in the year ahead, 2017 should be an exciting year for us all. I have great hopes for this website and how it’s going to grow, so join us on the ride.

It remains for me to wish you all, on behalf of the team behind Our Warwickshire (both real and virtual), a Merry Christmas and a Happy New Year.