You are here: Home>Blog>"Socially Engaged Art" What's that then?!

"Socially Engaged Art" What's that then?! 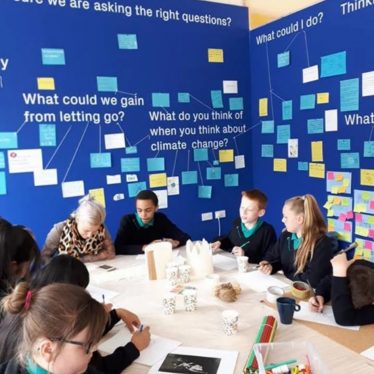 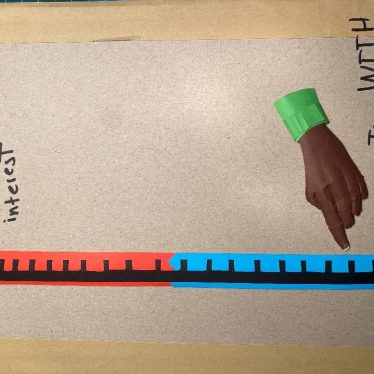 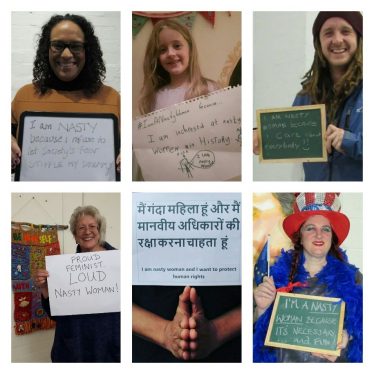 Socially Engaged Art with its collaborative approaches usually includes a fair bit of negotiation and lots (and lots) of chatting! Social art projects illustrate the power of collective creativity, whilst practically supporting people to share experiences and skills. Acknowledging that none of us are geniuses: we are all simultaneously experts in some things and novices in others. Being a novice doesn’t make us “bad” at something, in fact I’ve learned some of the most fascinating, useful, exciting things about making art from people who declared themselves “not creative”, is because they brought a fresh approach with none of the tired old assumptions I have developed over the last decade.

By sharing experiences during a project, groups often come to develop a mutually supportive and empathetic approach which can lead to project members advocating for one another’s needs and creating social change as well as art. Some of the social stuff which projects I’ve been involved in have changed are:

The creative stuff that happens in the projects I facilitate is wildly various, because it comes from the people who are involved and their experiences, interests and skills are widely various. I’ve facilitated projects all over the world with:

The stuff that happens as part of these projects often seems very different from one project to another. I think this is because I see my role as someone who facilitates making and conversations, rather than THE author of THE art. Often the materials, ideas and skills and experiences that end up being included are not mine, they are other people’s.

So, the projects often look very different, but they very feel similar.

All the projects are based on a very carefully, rigorously researched, ethical framework.

The way I plan and deliver projects is focused on:

I aim for projects to feel:

This focus on ethics is very much reflected in other socially engaged art projects and programmes, as in this example.

There is a global socially engaged art community. This includes artists, academics, curators, writers, critics, policy makers and communities of people who maybe wouldn’t call themselves artists or wouldn’t consider themselves to exist within the art world(s), but are involved in collaborative creativity. I am a co-led for the Social Art Network in the North East and love this opportunity to be part of building mutually supportive networks for people who work in some of these ways.

Many social art projects are simultaneously hyper local and hyper global. Maybe an artist will work just with people in one street, but those people may also be formally, or informally, connected via communication technology to people and groups all over the world. The Nasty Women Movement and Culture Declares Emergency are two examples of this “round the corner and round the world” approach.

To finish off I guess it’s important to say that these mesh-worked communities of (art) practice are becoming recognised as an ‘Art Movement’ in the 21st century. For example, all the Turner Prize 2021 nominees are social art collectives.

This is being experienced both positively and negatively within our communities. As Socially Engaged Art is an approach which has traditionally existed outside of art institutions and challenged art stereotypes, some of us are uncomfortable with the idea of the work existing within those traditional spaces, some of us are delighted that this important work is at last being recognised and some of us can’t make our minds up either way. As debate is such a vital aspect of Socially Engaged Art, I’m sure this is one that is going to go on for quite some time!

If you’re interested in being involved in the socially engaged art project This, our hive of voices, that is currently running with Warwickshire County Record Office, there will be a series of workshops for local groups and individuals running between Oct – Dec 2021. If you, or a group you work with, are interested in learning more or getting involved please email the project producer Sarah Li with the heading “WCRO”. No previous art / archive experience is required!