You are here: Home>Locations>Arbury>George Eliot – Her Early Life 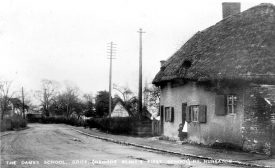 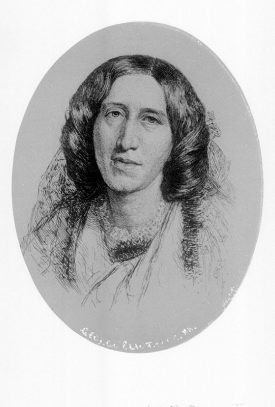 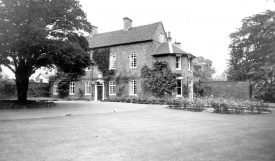 Mary Anne Evans1 was born on the 22nd November 1819 at South Farm on the Arbury estate, on the outskirts of Nuneaton, Warwickshire, the third of five children of parents Robert and his second wife, Christiana.

Robert Evans was manager of the large estates of the Newdigate family at Arbury Hall, situated over Warwickshire’s richest coalfield.  He was born at Roston Common in Derbyshire, the fourth son of the village carpenter and established his own carpentry business in neighbouring Ellastone, Staffordshire, where he was employed by the local landowner Frances Parker. On inheriting the Arbury estate in Nuneaton in 1806 following the death of his cousin Sir Roger Newdigate, Parker (who became Francis Newdigate) took Robert Evans with him to manage the 7000 acre estate.

Robert’s duties at the Arbury estate were wide-ranging: he surveyed land and buildings, managed the tenant farmers, collected rents and was involved in negotiations with road-builders and coal-mining businesses in the area. His knowledge and integrity were so widely respected that he was often called upon as an arbiter in disputes. From him, his daughter Mary Anne acquired a sympathy and sense of responsibility for the welfare of working families.

The many depressions in Eliot’s life, her low self esteem and self doubt may have stemmed from a poor relationship with her mother, but fortunately for Mary Anne she was her father’s favourite.  Clever, interested in everything he did, she was a good companion for Evans who would take her with him as he drove on his rounds.  While Evans transacted his business his daughter would sit with the housekeeper at Arbury Hall and listen to the servants’ stories.  She did the same when he went to nearby Astley Castle to see Colonel Newdigate, the son of his employer.

As Brenda Maddox writes in her biography of George Eliot, ‘Mary Anne’s personal combination of strong intellect, wide reading and low self-esteem made her vulnerable to a doctrine of self-effacement and duty towards others.  She also acquired a lifelong interest in the dilemmas of clergymen struggling to be true to faith and flock. Clerics would be among the most vivid characters in her fiction’.

At Christmas 1835, Mary Anne’s formal education came to an end.  Her mother was dying of cancer and her father also suddenly became seriously ill.  Mary Anne and her older sister Chrissey nursed them both; their father recovered but their mother died.  Nowhere does George Eliot write openly of this long illness and grim death which must have put a terrible strain on a sensitive and imaginative 16 year old.  From then on, Mary Anne was needed to help her sister run Griff House.

As a well-off young woman, most afternoons would be taken up paying and receiving calls.  Mary Ann often visited Chrissey in Meriden and in the evenings would read to her father and play the piano to him.  Robert was proud of his daughter and respected her abilities. Recognising his daughter’s exceptional intelligence he ordered all the theological books she required from London and ensured she had tutors from Coventry in Music, German and later Italian.

Mrs Charles Newdigate, now mistress of Arbury Hall, invited Mary Ann to use the library of the great house.  In a century when women could not go to university, the role Arbury Hall played in her development cannot be underestimated.  In her first novel, Scenes of Clerical Life, composed of three novellas based on her memories of growing up in Nuneaton, the second story Mr Gilfil’s Love Story is set at Arbury Hall which she called  ‘Cheverel Manor’.  With Mrs Newdegate, Mary Ann distributed clothing and blankets to the poor on the estate. She herself was responsible for visiting 42 families.

1 Although she was actually christened Mary Anne she usually wrote Mary Ann until she was in her teens when it became Marian.This piece is an abridged version of the early history of George Eliot, to be found on the George Eliot Fellowship’s website. To read more, please follow the link.