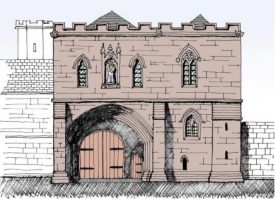 A constitution was adopted in 1996 and KAAC has continued to function ever since. In 2003 the area of the Scheduled Ancient Monument was extended to the whole of Abbey Fields. A Conservation Plan for Abbey Fields was published in 2005 by the Committee.