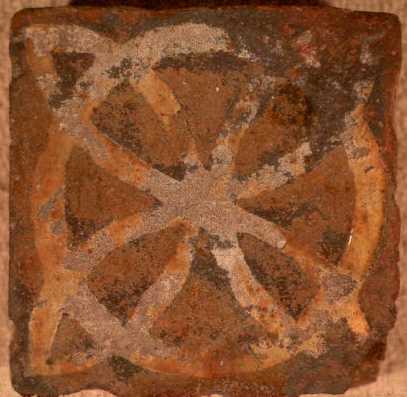 Combe Abbey, a Cistercian Abbey that was founded during the Medieval period. Remains of the cloisters survive in the walls of a later building. The abbey is situated 1km north west of Birchley Wood.

1 Cistercian Abbey of Combe was founded in 1150 by Richard De Camvill and was surrendered on the 21st January 1539.
2 Combe Abbey occupies the site and includes a few remains of the Cistercian abbey. Towards the end of the 16th century John (afterwards Lord) Harington built a house which incorporated three sides of the 15th century cloister. The fourth side was destroyed with the church (PRN 5485). There were various later alterations. The only surviving 12th century structure is the entrance to the chapter house, which was in the E wall of the cloister.
5 Traces of the 15th century cloisters survive with 16th century alterations.
6 A comprehensive archaeological assessment of the abbey and its surroundings was undertaken in 1991 as part of an evaluation connected with a planning application for a hotel development.(see 12)
7 Limited excavations were carried out by Coventry Museum as part of the evaluation (PRN 6422).
8 A programme of archaeological recording by Northants Archaeology accompanied the conversion of this Grade 1 listed structure into a hotel. Major phases represented are: c1580-90; early 17th century; 1667 (Sir Isaac Gibson); c1680-90 (Capt. William Winde); 18th century; 1863-4 (William Eden Nesfield); 1930’s.
9 A description of Combe Abbey in its final heyday.
10 Levels of survivial of any one period vary across the site. Sucessive rebuilding and new structures over 800 years have produced what is in effect an ‘urban’ stratigraphy of great complexity. Excavation shows that considerable structural remains can and do survive from each of the main periods of occupation. The Abbey Winde build and Nefield build are all represented. Where Nesfield built the foundations have almost certainly removed any earlier remains (See PRN6422 for further details)
11 As for 10 (second publication of same work).
12 Building recording and analysis of nine centuries of Combe Abbey by Iain Soden. A detailed phasing with supporting documentary and map evidence was carried out. A record of any architectural or decorative features was compiled in addition to a list of artefacts recovered from each of the rooms prior to the conversion into a Hotel.
13 A series of medieval finds and features were recorded during a series of observations carried out during 2006-2007. The most complete evidence came from observations to the north of the hotel for construction of a new bedroom block (Areas A-D). The earliest dateable evidence recorded included a large feature, interpreted as a late13th-14th century ditch which supplied water to the abbey, the fill of which contained an almost complete jug made in the local kilns at Chilvers Coton but in the north French style. The ditch appears to have been culverted, with a boxed wooden conduit to take the flow of water. A smaller contemporary drainage ditch, which had been partially lined with ashlars and roof tile, was also examined. This feature probably flowed close by a monastic kitchen, as it contained a substantial dump of waste associated with food production, including a unique assemblage of ceramic skillets made at Chilvers Coton which appear to have been used like modern mess-tins. The report includes details of the medieval pottery, floor and roof tiles found. The alignment of the large medieval ditch continued to be used throughout the post-medieval and early modern periods, although otherwise very little evidence for activity in these periods was recognised until a sequence of brick culverts and a circular cistern (see MWA9665) were constructed in the late 18th century. Part of a probably medieval building was also recorded, which may be part of a building referred to as the Pigeon House on a 17th-century plan (see MWA13424).