You are here: Home>Locations>Leamington Spa>Drag Kings in Warwickshire Over the Centuries

Drag Kings in Warwickshire Over the Centuries 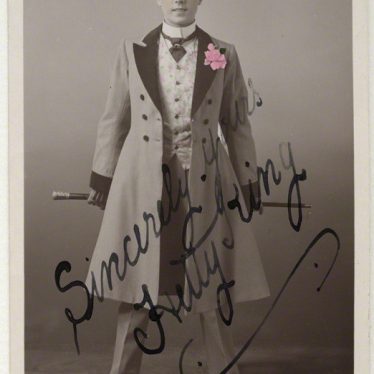 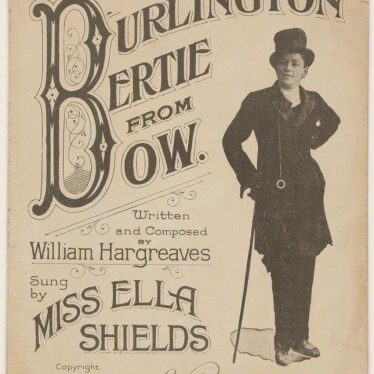 Poster of Ella Shields from 1915, published by The Lawrence Wright Music Co. advertising their song 'Burlington Bertie from Bow', which they also performed at the Leamington Lights Show in 1952.
Image originally from the National Portrait Gallery, London 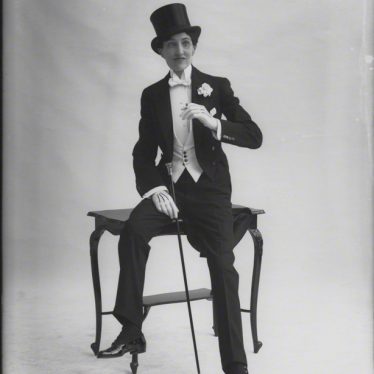 Portrait of Gwen Lally, the producer of the Warwick Pageant, by Bassano Ltd, circa 1913. This was a few years before they performed as a male impersonator in Stratford-upon-Avon.
Image originally from the National Portrait Gallery, London

Today we may be more familiar with the concept of a drag queen, but drag kings (or ‘male impersonators’) have a history dating back over the centuries. Performers such as Annie Hindle and Vesta Tilley were hugely popular in music halls in the late 19th century, wearing ‘men’s clothing’ and singing and dancing in a male persona.

The culture may have had connections to ‘breeches roles’, where women were able to play the roles of young men such as the principal boy in a pantomime, or mezzo-soprano male roles in operas. Performances of male impersonators were not restricted to the big cities. Evidence from the newspapers suggests that Warwickshire played host to a fair number of ‘drag kings’, some of whom were world-renowned.

‘A very unfortunate way… to gain a livelihood’

The earliest record I could find of such a performer was a person named Emma Startin, who was a professional singer employed at the Granby’s Head, Nuneaton in 1879. The Leamington Spa Courier1 reports that they were ‘in the habit of singing in male attire’. The newspaper describes this as ‘a very unfortunate way for a young woman to gain a livelihood’. However, the tone of the article does not seem to suggest that it was entirely unheard of.

We only know about this particular instance because Emma Startin was involved in a case of alleged assault. A man named David Cromar apparently proposed to Startin, and the two went for a walk in the fields the next evening, where the alleged incident took place. The only reason Startin’s singing was reported at all was because it was mentioned by the Chairman when he summed up the case.

A number of drag kings

As I searched the newspapers for more male impersonators, I found more and more to add to the list. They performed across the county, regularly in Jephson Garden’s Pavilion and the Theatre Royal, and there were even some big names like Hetty King and Ella Shields. Even Gwen Lally, the organiser of the Warwick Pageant of 1930, was there. The pdf attachment details all those I could find, along with the newspapers in which they were reported. Who knew drag kings in Warwickshire had such a long and vibrant heritage?