You are here: Home>Locations>Dorridge>Four Ashes, Dorridge: A Writer and a Refugee

Four Ashes, Dorridge: A Writer and a Refugee 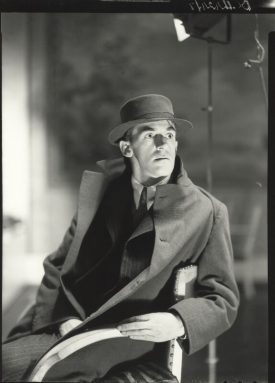 In 1939, a farmhouse at Four Ashes in Dorridge was home to a few rather interesting individuals, including John Hampson, the gay/bisexual novelist, and Wolfgang von Einsiedel, a refugee from Germany.

A room of one’s own

The house at Four Ashes was primarily home to the Wilson family; grocers whose son John had Down’s Syndrome. In 1925, they employed John Hampson as a live-in carer and companion for their son. Hampson had fallen on rough times but with this job, he found himself with more money and independence.

Four Ashes, then, was the place where Hampson found the inspiration and freedom to start writing novels. He initially chose to send his work to Virginia Woolf’s publishing company, perhaps due to her involvement with the Bloomsbury group and their openness to gay rights. However, even she refused to publish his first novel, Go Find a Stranger, because of its homosexual themes, and the work is now lost forever. His second novel, Saturday Night at the Greyhound, (1931) turned out to be a roaring bestseller. However, in a letter to William Plomer, a friend and contemporary of Hampson’s, Virginia Woolf wrote, ‘I am glad you liked the Greyhound. I still think his purely sodomite novel the best.’

Even after his success, Hampson remained in his post supporting John Wilson and living in Four Ashes until his employer died and the house was sold in 1955. Suddenly homeless and jobless, Hampson died of a heart attack on Boxing Day of that year.

A safe haven for refugees

Another interesting character to be found at Four Ashes in 1939 was Wolfgang von Einseidel, a refugee. Von Einseidel was highly intelligent man; a successful literary critic, writer, translator and editor. It would be interesting to learn how the inhabitants of Dorridge responded to his stay. It has been a struggle to find out more about his escape from Germany, but perhaps our readers who speak German might have more success? It seems he continued working, writing and reviewing for many years after the war.

Von Einseidel was not the first refugee that John Hampson knew. In the early 1930s he had visited Berlin, where he was introduced to Therese Giehse, a talented stage and screen actress. Due to her political affiliations and her Jewish ancestry, she was keen to leave Germany. Hampson married her in order for her to obtain a British passport and avoid capture by the Nazis. Giehse is not listed as living with Hampson in 1939, and indeed, it is maybe doubtful that they ever lived together – although finding evidence is difficult as Giehse is not likely to be listed on the electoral registers.

It would be interesting to learn whether there was a connection between these individuals; whether Hampson learnt about von Einseidel through his literary connections or his ties with Giehse, and whether Hampson played a role in bringing him to his refuge at Four Ashes.