You are here: Home>Locations>Bedworth>The Women's Voluntary Service in Wartime Warwickshire 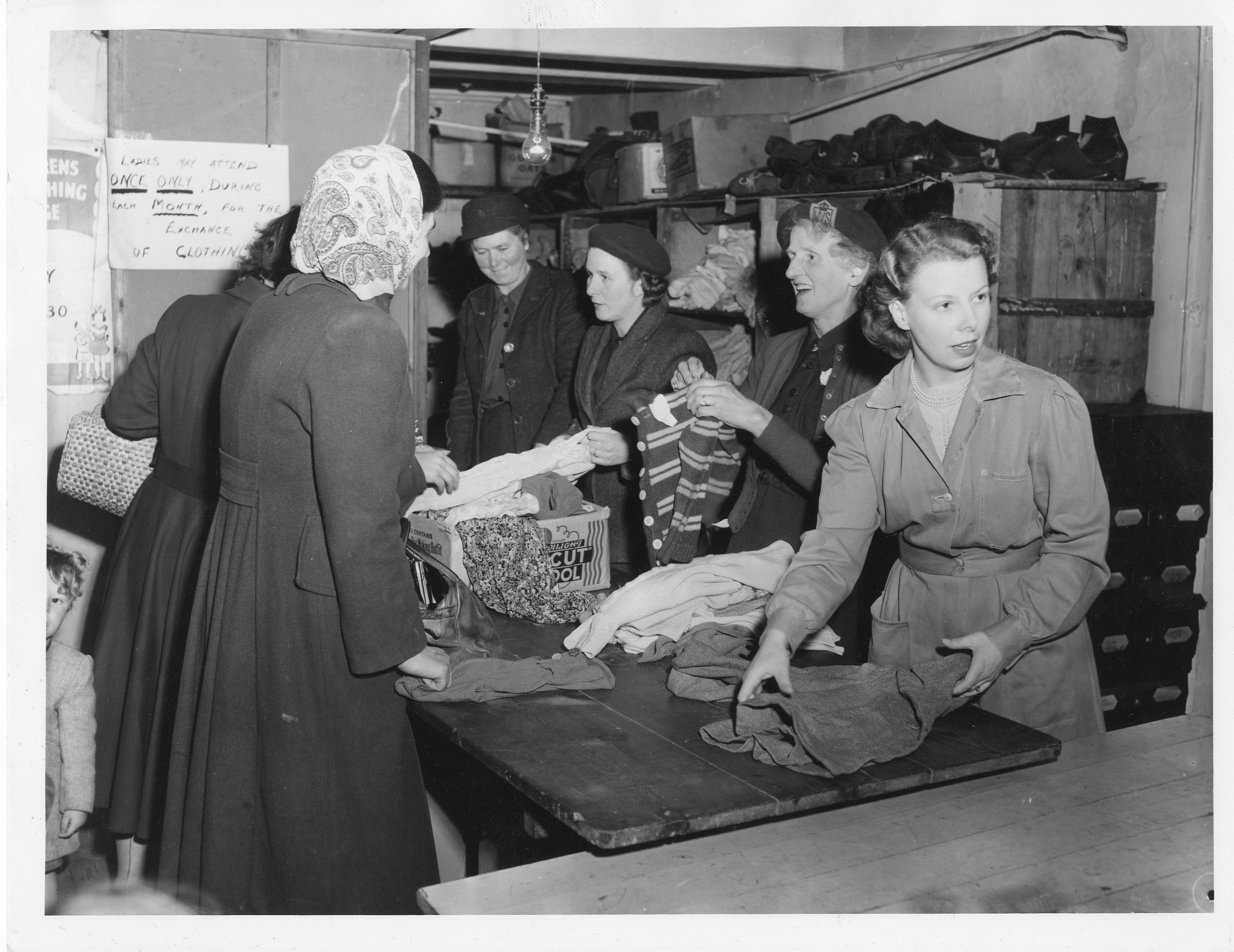 Between 1938 and 1945 the women of Warwickshire took on volunteering roles in their local communities to support the war effort (yes even in 1938 they knew war with Germany was inevitable). Across the country over a million women joined an organisation you might not have heard of; the Women’s Voluntary Service (WVS).  The WVS was first established in 1938 to recruit women for ARP work, but soon developed into its own organisation which took on everything and anything. This was true everywhere including Warwickshire, and by 1945 there were over 12,000 WVS members in the county all involved in a range of services, for example billeting, housewives, clothing, and salvage.

One of those services, clothing, was recorded in the Narrative Reports of the Centre Organiser for Warwick. These were monthly diaries written in quadruplicate sometimes by hand sometimes typed which tell the story of voluntary service across Britain in the words of the women who sacrificed their time and skills for the war effort. Clothing work first appears in in 1941, when the clothing centre opened on 10th April.

The WVS clothing department was opened in 1939 to run regional clothing depots of child evacuees, but by 1941 they were being opened in local areas for adult evacuees. Across Warwickshire clothing was distributed in places such as Leamington Spa, Stratford-upon-Avon, and Bedworth.

The Centre Organiser for Warwick continued to record the activities of the clothing centre through the war. In 1942 this was usually just a sentence or two, these were very busy women. In December 1942 they had 250 pairs of socks a week to mend for the troops.

Who used the store?

Not much changed in the clothing store, as noted by the Centre Organiser, through 1943 to November 1944, although in some cases the people who used the service changed. Usually evacuee children and the homeless were provided for, but sometimes mothers evacuated with their children received clothing, as well as needy cases authorised by Local Authorities or doctors. Usually the centre was open one or two days a week, but in July 1944 it was open every day. There was another wave of 150 evacuees, and many needed clothing.

In November 1944, clothing in the centre and items it had distributed to rest centres were collected and sent to the County Clothing Depot at Harrington House. As the war came to an end in 1945 the WVS in Warwickshire weren’t just clothing the evacuees they had welcomed, but people thousands of miles away in the liberated countries with the help of the American Red Cross. Many volunteers were also involved in the European Clothing Relief, knitting around 50 garments a month between them. After VE day on 8th May, WVS also clothed returning POWs and continued their day to day work.

Many Centre Organisers continued to record the story of WVS, later WRVS (1966), in Narrative Reports until 1992. After the war, this was the tale of how WVS reshaped itself into a peacetime organisation. Although many services changed and new ones developed clothing depots remained invaluable for emergencies and everyday need until the rise of charity shops in the 1980s. Today, Royal Voluntary Service helps older people in need across the country including Warwickshire with services such as Darby and Joan Clubs.

The fascinating stories digitised as part of the hidden histories of a million wartime women (1938-1942) are now available to read from on the RVS online catalogue. For more from the Royal Voluntary Service Archive & Heritage Collection visit the Heritage Bulletin Blog.