You are here: Home>Locations>Coventry>A Wartime Fireman at Whitnash Airfield

A Wartime Fireman at Whitnash Airfield 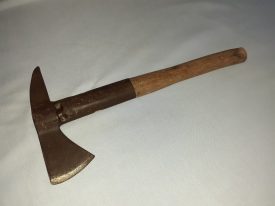 The ground crew of RAF Leamington (Whitnash airfield) during the war. My father is circled in red. 1940s
Image courtesy of Laurence French 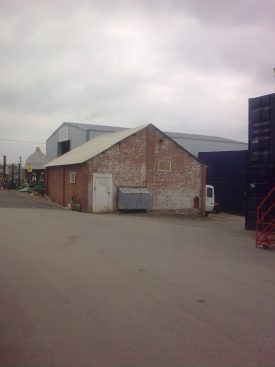 My father, Ernest French, was born in Coventry in 1911 and, apart from a brief period during the war, lived there until my family moved to Kenilworth in 1957/8.

Immediately before and during the war he worked for SS Cars (later to become Jaguar) as an electrical engineer in the factory at Swallow Road, Foleshill, Coventry. It was during the time when its founder, Sir William Lyons, was still a hands-on manager who designed all the SS cars himself. My father knew him and always referred to him as Bill Lyons. When the war started they switched from the production of sports cars and luxury saloons to making military vehicles. What I recently found out was they also had a contract to make aircraft parts for the Whitley aircraft company, makers of one of the heavy bombers used by the RAF, based near Coventry Airport (Baginton).

My parents had bought their first house in Roland Avenue, Holbrooks where my sister and I grew up and lived until 1957. At the outbreak of war my mother and sister went to live with my maternal grandmother in Cheltenham to be safe from the blitz. My father rented a house in the Whitnash area of Leamington, near the now-demolished Lockheed works, and cycled to work in Coventry every day.

An airport fireman at Whitnash

During the evenings and at weekends, however, he was a part-time airport fireman at Whitnash airfield (RAF Leamington Spa), a position he had because of the connection between SS Cars and the Whitley company.

At that time the airfield at Whitnash, previously privately owned by a Capt. J.E. Bonnikson, was used by the RAF as a rebuild and repair facility for Whitley bombers that had been damaged during bombing raids over Germany. Many of these aircraft were flown in and out of Whitnash by the so-called ferry pilots, many of whom were young women no older than their male counterparts who flew the bombing missions.

When I was old enough to understand what the war was about, my father used to keep me and my sister amused with stories about these young women pilots. I’m sure the jokes about women drivers didn’t start at Whitnash, but they were certainly alive and kicking there. I can only imagine the mixture of amusement and sheer horror at seeing a twenty-something, five-foot-four tall young lady attempting to land or take off at the controls of a heavy bomber on a grass strip at night. Judging from my father’s stories, there was plenty to keep the ground crew amused.

The challenges of cycling in blackout!

My father used to cycle to and from the airfield in black-out conditions and apparently it was quite common for him to end up in a ditch somewhere along Harbury Lane, especially after a few pints at a local hostelry on the way home!

Our house had a number of aircraft-related parts after the war. We had a clock in the lounge that my father made. The actual mechanism was a clock from a bomber set in a piece of an aircraft’s wooden propeller which he fashioned to look very art deco. In the days before central heating we had open coal fires. The coal bucket that sat near the fire grate was the toilet from a Lancaster bomber. My only link now with his wartime past is his fireman’s axe with which he used to chop firewood at home.

After the war my father left SS Cars and went to work at Alfred Herbert’s in Red Lane, Coventry until he retired in the 1970s.