You are here: Home>Locations>Kenilworth>Beatrice and Cecil Golby of Kenilworth

Beatrice and Cecil Golby of Kenilworth 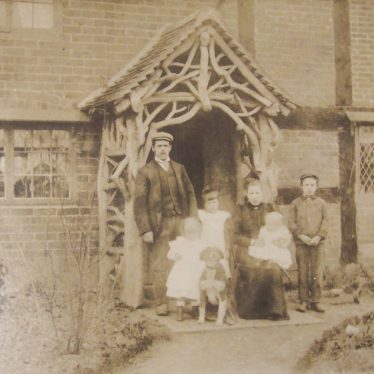 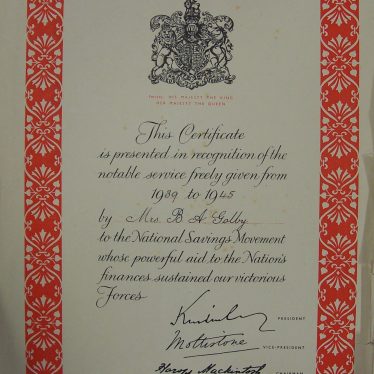 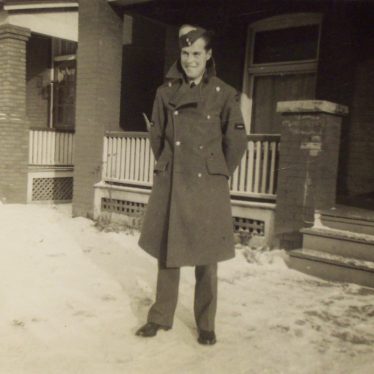 Two of the collections available at the Warwickshire County Record Office relate to a mother and son and the impact that World War II had upon their lives.

CR 4479 concerns the life of Beatrice Golby who spent much of her life in Kenilworth. She was a truly remarkable woman who was dealt two devastating blows with the loss of first, her husband in 1930 and later her son Cecil in 1943. At the time she was widowed, Beatrice had three children between the ages of four and nine years old. Her elder son later joined the RAF and was lost over the Mediterranean while flying in a mission against enemy submarines.

Beatrice faced such crises with great courage and fortitude, demonstrated in part by her active commitment to the community. She was a member of the Mothers’ Union attached to St Nicholas church of Kenilworth, but she also worked tirelessly for the Royal National Lifeboat Institution and was awarded a gold badge and later a bar to this gold badge in recognition of her services. In addition to these awards were awards for her Mothers’ Union work and her work to the National Savings movement during the War. Her attendance at Royal Garden Parties on two occasions was just one manifestation of the high value in with which her contribution was held. This was a life well led and richly led.

CR 4505 records the short life led by Cecil who made the ultimate sacrifice for his country. The photographs of Cecil are very affecting. There are pictures of Cecil as a young boy with his family, his mother and father and his younger sister, Annie and his baby brother Rowland. The most poignant is the one of Cecil in his uniform taken in Canada where he was sent to train for flying missions. The year was 1942 but the following year was Cecil’s last year of life. This tragedy was further compounded because no funeral could be conducted, all that remained were memories and documents.