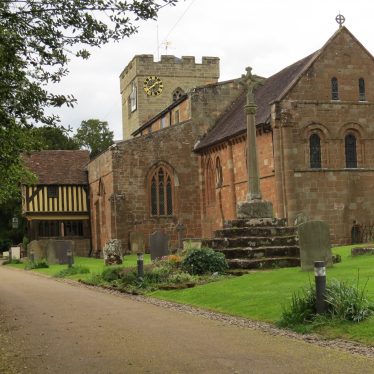 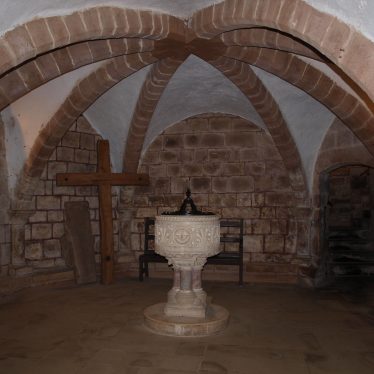 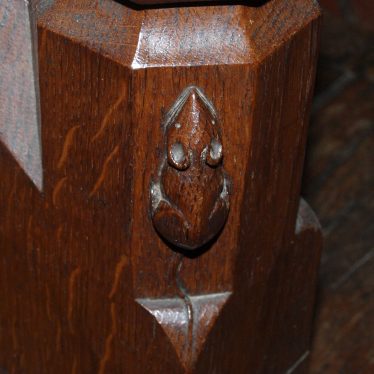 One of the Berkswell mice.
Image courtesy of Caroline Irwin 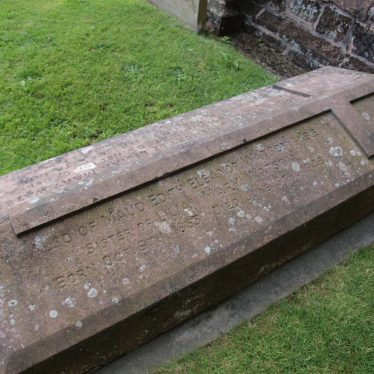 Grave of Maud Watson (she is buried with her parents).
Image courtesy of Caroline Irwin 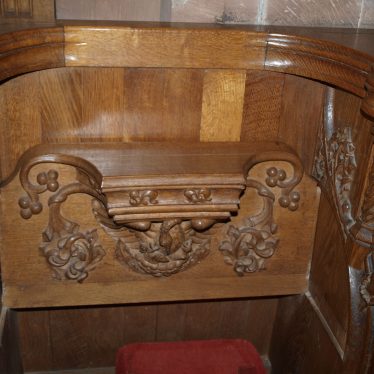 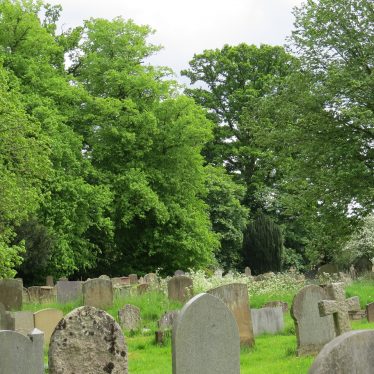 Wildflowers in spring in the churchyard at Berkswell.
Image courtesy of Caroline Irwin.

St John the Baptist, Berkswell, is a Norman parish church containing one of the finest crypts in the country.  The church is a Grade 1 Listed Building and is featured in England’s Thousand Best Churches by Simon Jenkins.

The half-timbered two-storey South porch was added c. 1500.  There is an external stairway leading to the upper chamber used at various times as a priest’s room, a village school, a parish council house and today it serves as the vestry.  At one time wedding ceremonies were conducted in church porches.  The 12th century oak door containing handmade nails is still in use.

Features of interest inside the church

The late Norman crypt dates back to c1150 and is composed of two chambers both of which are rib vaulted.  The unique octagonal western crypt contains a Caen stone font given to the church by the Reverend Thomas Cattell who was the Rector from 1791 until 1826.  The eastern rectangular crypt contains traces of a medieval wall decoration above the altar.  The low stone seating around the walls was once used by the elderly and infirm.  The crypt, which can be accessed via a pew in the North aisle, is used today as a chapel, a baptistery and occasionally an art gallery.

The rare Sanctus (or Sacring) Bell can be found in the North wall of the nave.  In Medieval times this bell would have been hung within a wooden frame on the inside of the rood screen which separated the chancel from the nave. It was rung at the Christian Eucharist just before bread and wine were consecrated.  The use of these bells was banned following the Reformation and the bell at Berkswell was discovered, hidden high in the church tower, during restoration work in 2011.

Much of the woodwork (stalls, pulpit, North aisle, font, altar) was carved between 1926 and 1946 by Robert Thompson, a North Yorkshire furniture maker.  He was known as the “Mouseman of Kilburn” due to the mice he carved as his signature. Nine of these mice can be found in St John’s.

Misericords were seats with ledges used in the Middles Ages by priests who leant on them to rest during long church services.  The misericords at Berkswell date from the beginning of the 20th century – the design was copied from medieval carvings.

A new organ built by Messrs Willis of London installed in 1897  was a gift to the church from the late Mr. John Feeney and was restored in 1994.

There are five Funeral Hatchments which belonged to the Marow and Eardley-Wilmot families.

The grave of Miss Maud Watson is located near the porch and south wall.  Maud became the first Ladies’ Singles Lawn Tennis Champion at Wimbledon in  1884  when she played her sister in the final.  She lived with her father, the Rector, at Well House which was then the Rectory.