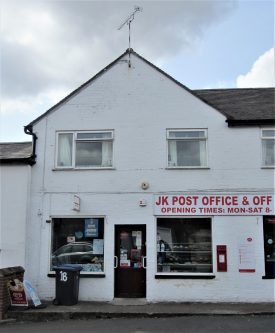 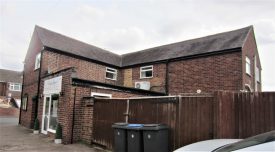 Primitive Methodists were meeting in Bishops Itchington by 1849 (but the congregation was not recorded in the 1851 religious census). A chapel for 100 people was built in Poplar Road in 1859 at a cost of £246. It was built of brick and the dimensions were 21 feet long x 18 feet wide x 14 feet high; the inscription stone cost 13s (but has now disappeared). It belonged to the Leamington circuit.  The average attendance in 1900 was 70; there was a Band of Hope group, and a Sunday School, with 44 children attending in 1895.1

Accounts survive from 1859-60 that include the names of donors (probably the initial trustees). Money was spent on whitewashing, pulpit skonces [sic], spouting, grates, a glazier, sawyer, blacksmith and carter. There was income from an opening collection, tea meetings and later on from anniversary sermons and seat rents.2

The chapel appears on Warwickshire Ordnance Survey maps from the 1880s onwards and in Warwickshire trade directories from 1874-1932. After the Methodist re-union in 1932, it served as a Methodist Church for a while, but had been sold by 1940. The site is now a shop and Post Office, and the original building has been substantially altered and extended (presumably the chapel stood with it’s long axis at right-angles to the road: i.e. the left-hand part of the shop front in the first photo attached, and the right-hand side of the L-shaped building seen in the second photo).