You are here: Home>Locations>Barcheston>St Martin, Barcheston: A History to the mid 19th Century

St Martin, Barcheston: A History to the mid 19th Century 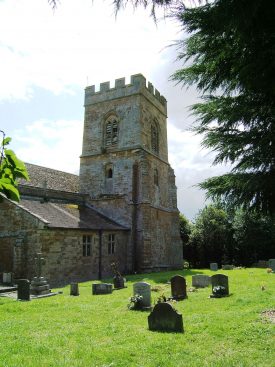 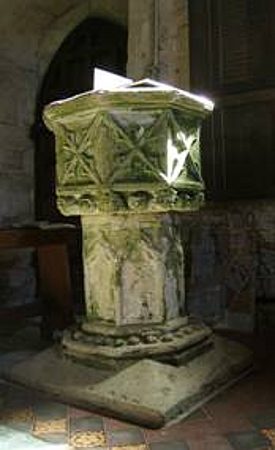 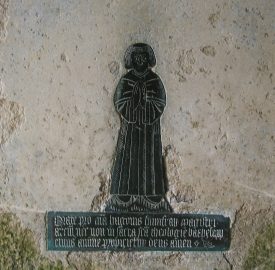 The church, dedicated to St Martin, is the oldest building in the parish. Its building history is complex, suggesting that it was held in the affection and interest of parishioners at least until the early 17th century.

There may have been an earlier nave, but the earliest work to survive now in both nave and chancel dates to around 1190-1200.1 A north aisle was added some 30 years later, about 1220. Its north wall was rebuilt, perhaps close to the date at which the tower was added in the 14th century; containing two chambers, it is entered from the aisle. An attempt was made in the next century to correct its tilt to the west by buttressing the southwest and northwest corners and rebuilding the upper stage; a further buttress was added between the earlier two in the 16th century, blocking the windows which light the chambers.

The 14th century font is the strongest reminder of the earlier beauty of the chancel and nave, where the arches of the north arcade sit on carved capitals. The south aisle was erected in the early 16th century to accommodate the elaborate tomb of William Willington (d.1555) and his first wife, Anne Middlemore. Their arms adorn the shorter sides while their seven daughters decorate the longer. A blocked doorway in the west wall suggests that there may have been a plan to add an upper storey to the south porch, part of the earliest surviving church.

An inscription on the east pillar of the north arcade – THOMAS HORTON RECTOR HVIVS ECCLESIAE HOC PULPITUM PROPRIO SVMPTV EREXIT 1631 – reveals that he renewed the pulpit in addition to the repairs he carried out, noted in the Churchwardens’ Accounts already examined. There are monuments to four other rectors; all were originally buried in the chancel; the tomb stones of two are still there. A small brass to the priest Hugh Humfrey, now in the south aisle, was once also in the chancel as was a large incised stone slab now standing vertical in the south aisle. Both must have been moved during mid-19th century restoration work.

Two drawings, said to be by John Buckler dated June 1823, show the east end and the font.2 Twenty years later much of the seating was renewed in 1840 by ‘the late’ Mr Derrick of Oxford ‘under the superintendence of the late Mr Ellis of Shipston’ at the cost of £330.3

The tower houses three bells, a tenor struck by Bartholomew Atton in 1596, another dated to 1720 by Richard Sanders and the third by Matthew Bagley of 1775. The communion plate includes an Elizabethan chalice dated to 1571; a transcript of an inventory of its possessions possibly around 1550 lists a chalice, three bells and a sanctus bell, five vestments one of which was velvet, three silk and one dornix and three copes, two of them of velvet and one of silk.4

An article about repairs to and restoration of the church can be found here.

This article was originally published on the Barcheston’s History website, where a number of pdfs with further information about the church are available. There are also a number of pages about other elements of Barcheston’s history.