You are here: Home>Locations>Offchurch>St Gregory's Offchurch. An Ancient Stone Coffin 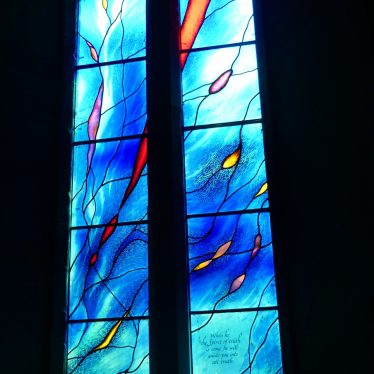 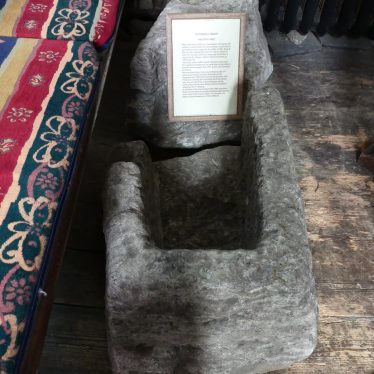 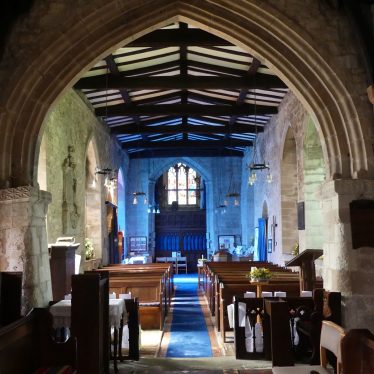 Looking back towards the Nave, St Gregory's, Offchurch, 2018.
Image courtesy of Caroline Irwin 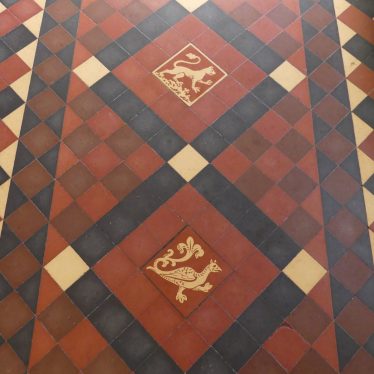 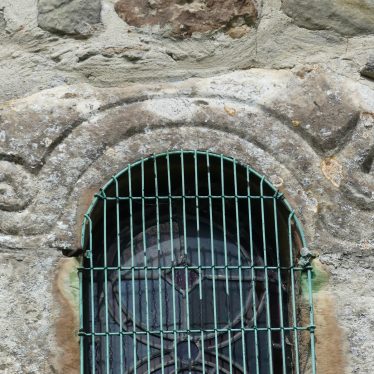 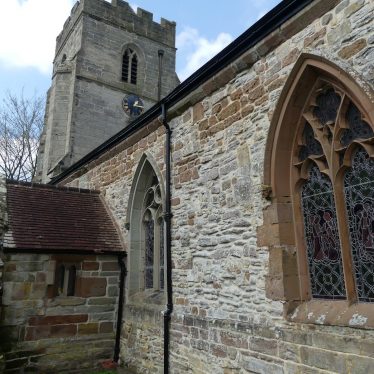 After looking around the outside of the church, including the excellent “Living Churchyard”, we went inside. The Millennium window is just stunning – it was installed to mark the millennium and also 2000 years of Christianity. It was designed and created by a local stained glass artist, Roger Sargent, who lived in the village. Most of the remaining stained glass is Victorian.

For me, a big highlight of the interior was an ancient stone coffin discovered in the 19th century buried under the Chancel. The style of the coffin suggests it belonged to someone important. It would be lovely to think, as local legend suggests, that it was the coffin of Offa, King of Mercia who founded the original church and lived nearby. It is more likely, however, to have been the coffin of the local born Christian and miracle worker, St Fremund, who was murdered in the 9th century by a rival nobleman; at one stage the church was dedicated to him.

There are also two slabs of carved sandstone which may have formed part of this coffin lid. They are somewhere in the wall of the church but as with several other items I couldn’t find them. I checked mainly the exterior walls but thought, when I got home, they may have been more visible internally.

The floor was re-laid during the 1866/67 restoration and the new floor consisted of ceramic tiles made by a Company in Stoke-on-Trent. The pattern includes mythological animals that were important in medieval Christian symbolism. Another highlight was the “Serpent” window which is named after the ancient stone Saxon carving of a serpent above the window next to the Priest’s Door.

No village is complete without a ghost! In the 17th century a man was stabbed to death outside the church and local tales suggests that the man who stabbed him ran into the church for sanctuary and then escaped during the night. The ghost of the murdered man can be seen roaming around the tower in search of the person who killed him and at times mournful muffled bells can be heard from the church tower.

I think this is one of the best churches I have ever visited with its God’s Acre so good for wildlife and wild flowers and the church itself just stuffed with history.

“The Parish Church of St Gregory Offchurch – Illustrated Visitor’s Guide and History” and various information boards around the church.