You are here: Home>Locations>Astley>Misericords, Effigies and George Eliot

The interior of Astley Church 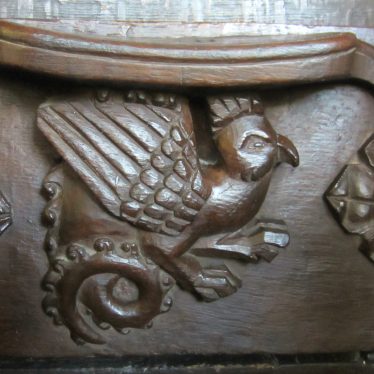 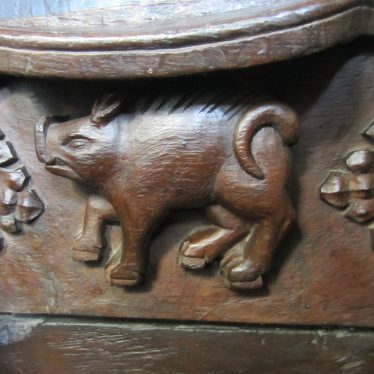 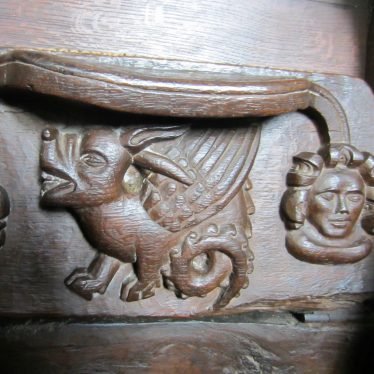 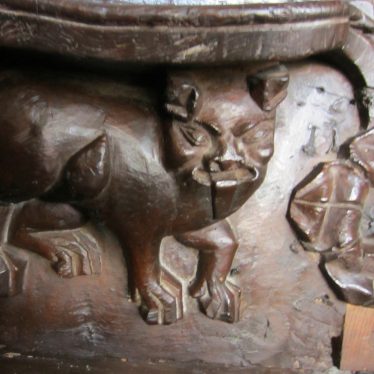 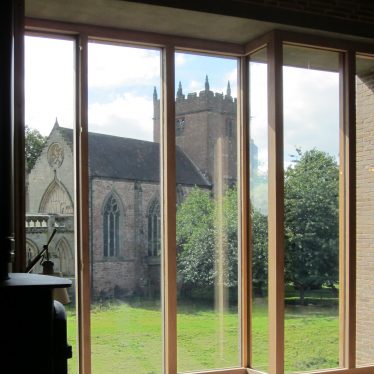 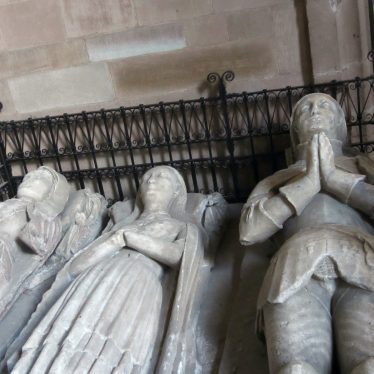 I recently visited the Church of St Mary the Virgin in Astley during the heritage open days (I also visited Astley Castle next door, but there are several posts on this site already about the castle). The interior of the church is very interesting: I was particularly taken with the misericords and effigies, and later discovered interesting links to George Eliot.

So what is a misericord? The word comes from the Latin for ‘mercy’ and it’s a little shelf on the underneath of a choir stall tip-up seat that gave some support to the clerical posterior when standing during long services. This must have been particularly helpful to those who were no longer young and fit. There was a snag: if you fell asleep the seat could go down with an embarrassing bang and tip you onto the floor! The wooden underside of the seat – below the misericord – was often carved with attractive features; those in Astley church are particularly fine, featuring animals and people. They were carved of oak around 1400 after the parish church was converted into a collegiate church. I can’t decide whether one of the carved figures is meant to be a dog or a cat (Pevsner1 mentions a dog, but I think it looks rather more like a cat). What do you think?

Sir William Dugdale noted a heap of nine effigies piled up in an outhouse in the mid 17th century (perhaps removed for safety during the Civil War). Some have been returned to the church, but are not necessarily shown in context. Thus the group shown in the photo represents different generations of the same family (the Greys of Astley Castle). On the right is Sir Edward Grey, d. 1457, a crusader. In the middle is Elizabeth Talbot, d. 1483, wife of Edward Grey, Lord Lisle. On the left is Cicely Bonville, d. 1530, 2nd wife of Thomas Grey and great-grandmother of Lady Jane Grey.

This church is where the parents of George Eliot (Robert Evans and Christiana Pearson) were married; Mary Ann Evans (aka George Eliot) was born nearby and must have visited and worshipped in this church.

Do let us know of other interesting examples of misericords in Warwickshire – preferably with a photo.