You are here: Home>Locations>Ansley>Rev'd Cotterell, Vicar of Ansley and Polesworth 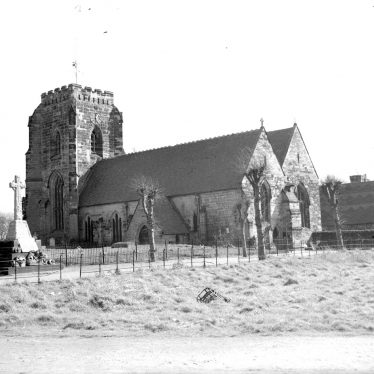 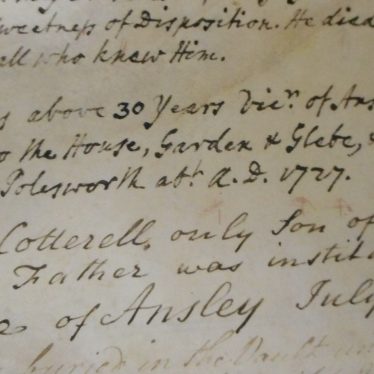 In January 1747 the Reverend Cotterell, vicar of Polesworth, died at Polesworth, aged 77. Some kindly person decided that ‘it would be injustice to the memory of so valuable a person’ not to write an obituary. This handwritten obituary survives at the back of the Ansley parish register for 1711-17841, as the Reverend Cotterell was also vicar of Ansley for 30 years – he evidently made quite an impression.

A man of great hospitality and munificence

We read that Reverend Cotterell was a man of ‘great hospitality and munificence’, ‘strict justice’, ‘unbiased integrity’. He was also ‘an affectionate husband’ and ‘an indulgent parent.’ However, above all else ‘what eminently distinguished him was a peculiar faculty of reasoning, upon all points of learning, and particularly upon the doctrine of the Christian religion, which he defended with such becoming and Apostolical zeal.’

Cotterell became vicar of Ansley in his 20s and was moved to Polesworth in 1727 at the age of 57, where he served for 20 years until the end of his days. His only son, Moses Cotterell, followed in his fathers footsteps and was ‘instituted to the Vicarage of Ansley, July 19th 1771’.