You are here: Home>Locations>Offchurch>St Gregory's Offchurch. A Historic Church and 'Living Churchyard' 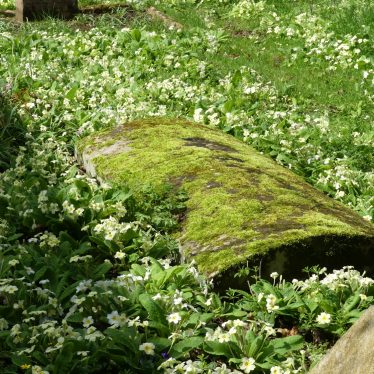 Much of the churchyard in Offchurch was carpeted with Primroses and was a beautiful sight. I don't think I have ever seen so many in one place.
Image courtesy of Caroline Irwin 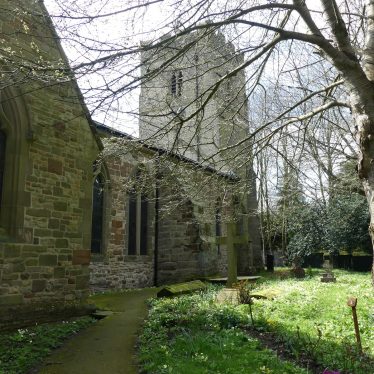 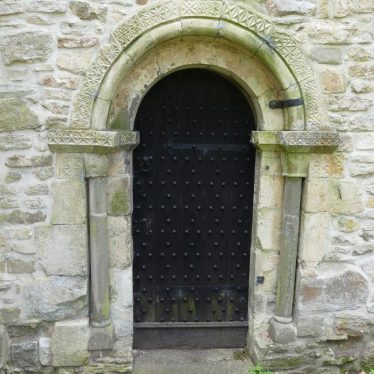 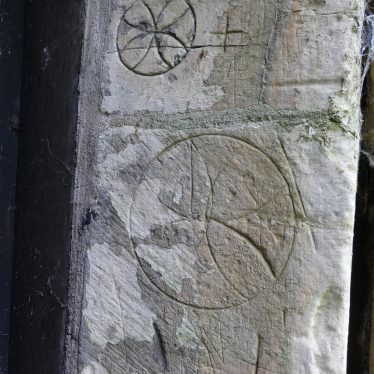 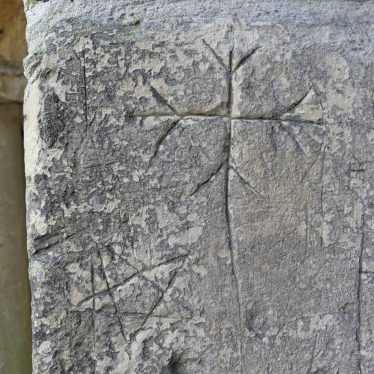 A pentagram, and also a "sun and hand of god cross". St Gregory''s, Offchurch, 2018.
Image courtesy of Caroline Irwin 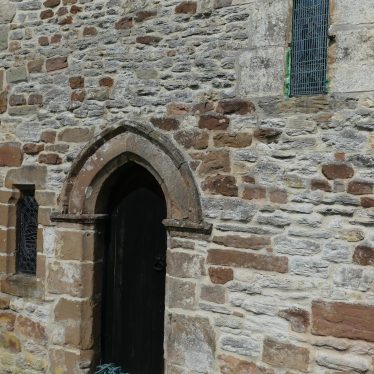 On a lovely sunny day Saturday following a week of horrible grey and drizzly weather, we decided to visit the picturesque village of Offchurch, a few miles from Leamington Spa, in South Warwickshire.

Offa, the King of Mercia, an Anglo Saxon kingdom, had a hunting lodge or fortified house nearby. He ruled from 757 until his death in July 796, and it is said he founded the church at Offchurch.

The earliest people to worship at this location were pilgrims in the 7th century who came to pay their respects to St Modwenna – an Irish nun and miracle worker. A shrine to her was housed in a small wooden chapel. Later a settlement developed in early Saxon times and 19th century excavations south of the churchyard found remains from a Saxon cemetery. The first stone church was built by early Christians and it is believed it may date from the time of King Offa who had his own priest at the church. The church was later dedicated to St Fremund, a Christian martyr born in the village and murdered in AD866. Legend suggests that his body was brought to the church for burial. The present building dates from early Norman times (early 12th century).

The churchyard is managed for conservation as part of the “Living Churchyard” project. In 1994 it was decided that a “summer meadow woodland grassland” consisting of native wild flowers would be planted. Work started in March 1995 with the removal of invasive plants and the planting of wildflower plugs and shrubs. It has since won several prizes in competitions.

The North Door is the oldest feature in the present church and was the entrance to King Offa’s original stone chapel. The interior arch is Saxon, and the external arch is characteristic of Norman architecture. The patterns round the arch are the same design as those on the interior chancel arch, and are similar to those carved into the tomb of Thomas-a-Becket around 1200 in Canterbury cathedral. The church tower is 15th century, constructed of blue-grey Warwick stone, and houses six bells. There are indentations in the stone which are marks made by musket balls fired by Cromwell’s troops during a skirmish as they returned from the Battle of Edgehill in October 1642.

It was when I was examining the spiral that I came across one of the many highlights of the visit – not mentioned in the guide book either! Carved into the door jambs were what looked like medieval graffiti. I thought at first that the compass drawn markings were hexfoils or “daisy wheels” which are “apotropaic” graffiti or ritual protection marks created to protect an area or object from demons and evil. But having read about it a little more I suspect they are consecration crosses – these were made in medieval times when a bishop consecrated the church. He went round the building 12 times inside and 12 times outside using holy oil, and in these places the crosses were placed. The little crosses are either “pilgrim” crosses or crosses that would have been made as a physical symbol of an oath or vow taken at the church door.

We also found a pentangle or pentagram (a five-pointed star) which in medieval times was regarded as a Christian symbol and was used as a symbol of protection. Apparently they are relatively rare on church buildings so this was a good find. There is also an unusual looking “cross”.1

The church has a priest’s door. I think the lower window is possible a “leper” window which in less enlightened times allowed lepers to receive a blessing from the priest without entering the church. There is another school of thought that suggests such windows were used by priests who would lean out ringing a bell, thus summoning agricultural workers to mass.

1 Someone on Twitter has kindly suggested that this is a “sun and hand of god cross”. The hand of god represents four seasons with three months each which means that the god whose hands these are is the sun god.

“The Parish Church of St Gregory Offchurch – Illustrated Visitor’s Guide and History” and various information boards around the church.