You are here: Home>Locations>Tanworth-in-Arden>Possible site of Watermill 600m N of Botley Hill Fm 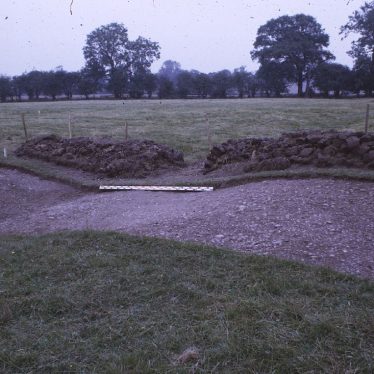 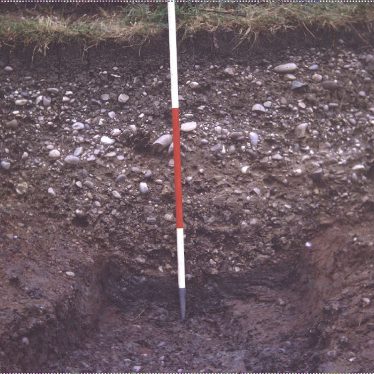 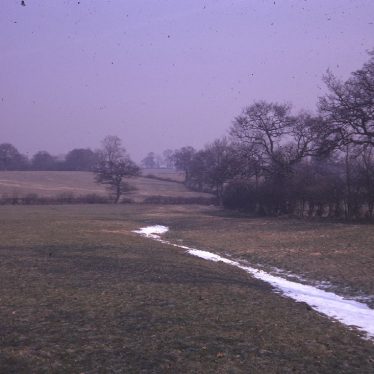 The possible site of a Medieval watermill 700m north east of Hobditch Coppice. Archaeological work uncovered ditches, possibly the remains of a watercourse associated with the mill. They contained Medieval pottery. Part of a sandstone millstone was also found.

1 A small excavation was undertaken on what was thought to be part of Hobditch. An area 4m by 11m was opened up. A number of ditches were found and Medieval pottery was recovered from all ditch layers. Part of a sandstone millstone was also found. From the pottery, phase 1 of the ditch would appear to have started in the late 12th century or early 13th century. The dating of Phase 2 is not certain, although it may be associated with some of the late 13th/early 14th century pottery. The period 1 ditch carried a fair quantity of water from the foot of Mows Hill to the river. A dam (PRN 1211) would have provided a sizeable head of water in this leat. Several mills are referred to from 1330 onwards on the River Alne and it is likely that this leat fed a watermill. In Period 2 the leat was allowed to silt and a bank was built up. This was probably part of a water control system.