You are here: Home>Locations>Wasperton>Excavation of Anglo Saxon Cemetery at Wasperton 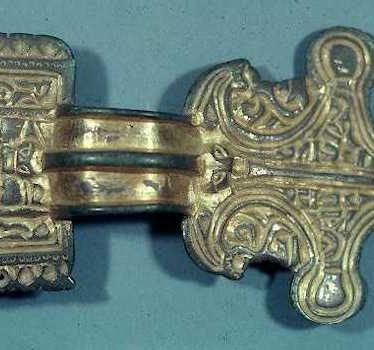 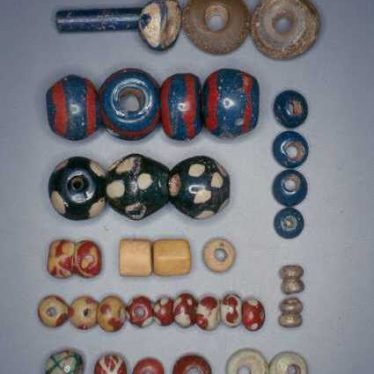 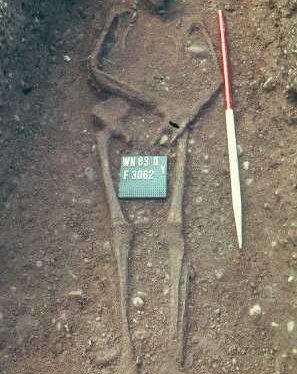 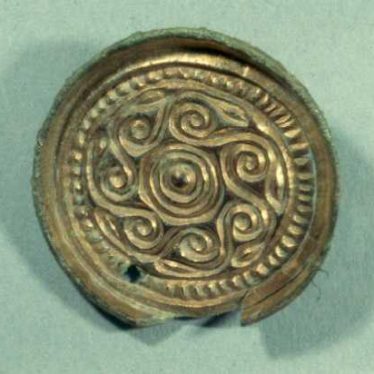 An Anglo Saxon cemetery dating to the Migration period was discovered during an archaeological excavation. It contained at least 116 burials and 24 cremations. Finds included spears, knives, brooches and beads. The site is located south of Wasperton.

1 Roman/Anglo Saxon cemetery (PRN 5503) excavated between 1980 and 1985 in advance of gravel extraction. This lay within a subsquare enclosure, although it overlapped the enclosure on all sides. There were a total of 200 inhumations and 24 cremations. 40 inhumations appeared to be Roman, 116 inhumations and all the cremations were Anglo-Saxon, 44 inhumations were undatable. Bone preservation was very poor. Anglo Saxon inhumations were characterised by the presence of weaponry – spears, shields and knives, jewellery such as brooches and beads, a N-S or in some cases W-E orientation. From grave goods it would appear that of the 80 inhumations with grave goods 45 were female and 35 male.
2 Scheduled as Warwickshire Monument No 143.
7 Interim excavation report.
8 Textiles recorded from metal grave-goods of twenty-seven graves. Report discusses the fibre identifications.