You are here: Home>Locations>Wasperton>Late Bronze age to Romano-British settlement at Grove Field Farm 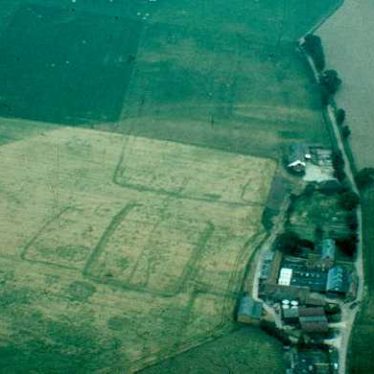 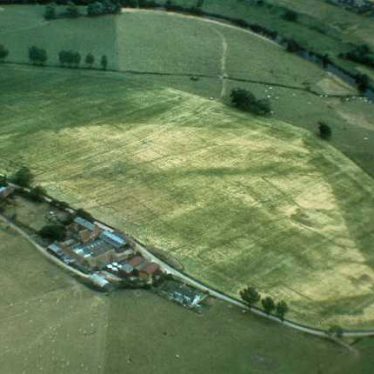 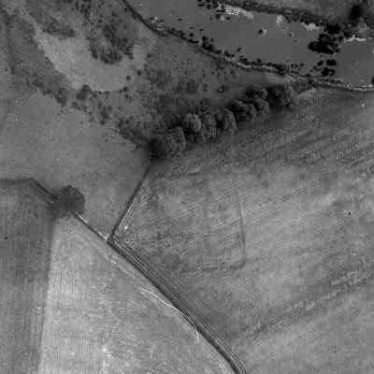 Aerial photographs show enclosures, pits, gullies and linear features at this site. Partial excavation has suggested a Later Prehistoric to Romano-British date, confirmed by radiocarbon dating. The location is in the area of Grove Field Farm, Wasperton.

1 Various small enclosures and pits.
3 Air photographs show a complex of enclosures including four or more rectangular/subrectangular enclosures, a number of scatters of pits, penannular gullies, other possible enclosures and linear features. The site is undated, but on morphological grounds may be Iron Age and Romano British.
4 The site appears on air photographs as a right-angled double ditch, showing quite strongly in permanent pasture. Two cuttings were made: one sectioned the inner ditch, the other inconclusively explored a further section of it in an attempt to recover additional dating evidence. The section revealed a ditch 3.6m wide and 1.4m deep, dug as a somewhat irregular shallow U through natural strata of sand and gravel. Finds included a few fragments of Romano British pot and tile (PRN 5155) and a few pieces of horse teeth. With such a thin scatter of finds it was not possible to arrive at any definite conclusions as to the date of the ditch.
5 Observation of service trenches recorded considerable evidence for probable later prehistoric settlement in the form of pits and ditches. In the field to the south of the farm three of these features produced Iron Age pottery, and a Neolithic flint scraper was recovered from the plough soil. Trenches to the west of the barns revealed further probable later prehistoric features features and a Romano British feature which was dated by greyware pottery. The former and the current farm buildings within the farmyard are likely to have disturbed any deposits that may have been present.
6 List of relevant aerial photographs.
7 Further archaeological recording was undertaken across this site. This revealed that the site had both Late Bronze Age/Early Iron Age elements, as well as Iron Age and Romano-British components. A significant Late Bronze Age/Early Iron Age pit group was excavated: it yielded an important assemblage of pottery, querns, rubbing stones and charred plant remains. A scatter of Iron Age and Romano-British features were also recorded, including pits, a ditch and postholes. The enclosure ditch was sampled but remained undated except by a few later Iron Age and Romano-British pottery sherds in the upper fills.
Some of the cropmark enclosures in the fields surrounding Grove Fields Farm are likely to have originated in the Iron Age, although, as at Wasperton, not all will have been occupied at the same time. At Grove Fields Farm, it may be significant that the majority of the small annular and penannular cropmark features, which almost certainly represent individual buildings and structures, lie outside the large enclosures. Some of these could also be small shrines or temples. Dotted amongst these cropmarks are large groups of pits. Some of these are conceivably storage pits that were used as silos for storing seed corn over winter.
8 A late Iron Age roundhouse and palisade were excavated, along with contemporary pits and undated features. Report contains specialist reports on flintwork, pottery, animal bones and carbonised plant remains and radiocarbon determinations.