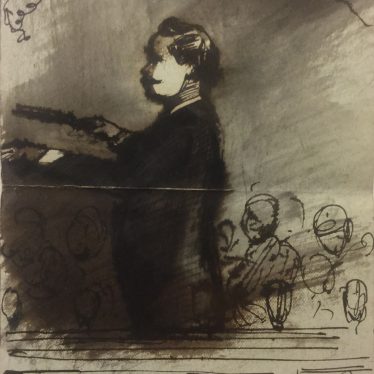 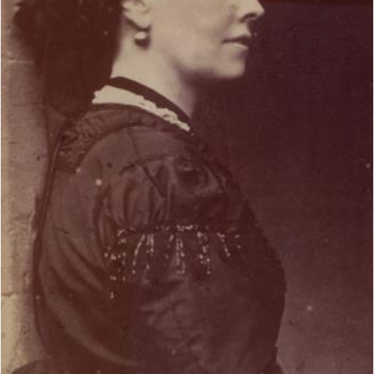 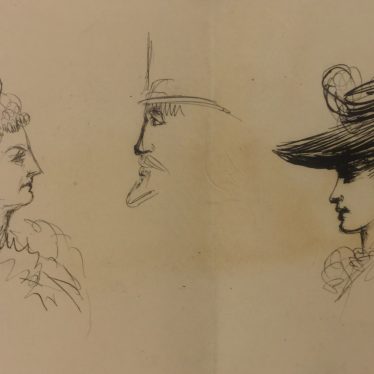 There are quite a few months to go before the glittering and glamorous ball season begins in Vienna. A city famous for its art, architecture and music, Vienna lays claim to many of the greatest composers in history. However, you may ask, what does Warwickshire have to do with any of that?

Over the past many months, I have been investigating the archival papers relating to Anne Charteris (1829-1903), 4th Countess of Warwick. Anne, or Annie to her family and friends, was an extraordinarily talented lady. Born into the privileged position of being the daughter to Scottish peer Francis Wemyss-Charteris, 9th Earl of Wemyss, she grew up in the impressive Gosford House in East Lothian, Scotland. She later married George Greville, 4th Earl of Warwick, at the age of 23 in 1852.

Art as the constant thread

Art remained the constant thread in Anne’s life. Indeed, she was listed in the 1891 census as ‘Artist – Sculptor’ in full. A remarkably competent and confident draughtswoman, Anne’s drawings, watercolours and odd sketches are found throughout her papers. The polite art of watercolours had become a favourite pastime of aristocratic ladies at the beginning of the century. Rather than viewing their art as the work of amateurs, study into artists such as Louisa Beresford, Marchioness of Waterford, has unveiled the often neglected but important role women artists played in the Victorian Art World. The study of Anne’s archives has revealed the extent of her artistic creativity. She not only pursued the arts of oil and watercolour painting, but also ceramics, sculpture, book binding, gilding and interior design. In 1878 Anne was awarded The Crown Prince’s Gold medal for a portrait of her daughter Eva painted onto a ceramic vessel.1 Although only a few identifiable works of hers remain at the castle, many of the interiors remodelled after the disastrous fire in 1871 embody her character and taste.

Amongst the mound of papers, I recently discovered a fascinating few drawings accompanied by a draft letter. The boldly drawn black ink drawing, given atmosphere with an ink wash, depicts a conductor with baton in hand in front of an orchestra. This mysterious musician is none other than Eduard Strauss (1835-1916), brother of the famous ‘Waltz King’ Johann Strauss (II).  The Strauss family are arguably one of the most famous musical families in Western Music. Their lively and gay Viennese waltzes and polkas have become some of the most popular pieces with audiences around the globe and synonymous with the Imperial City.

It is clear that Anne was inspired to draw Eduard during a performance given by him in London during the summer of 1895. Her undated draft letter reads, “the Dowager Countess of Warwick presents her compliments to Herr Eduard Strauss & would be very pleased if he would kindly accept the little pencil case which accompanies this letter as a very small acknowledgement of the great pleasure which his Concerts have given her.”

From 11th May 1895 Eduard Strauss was conducting the celebrated Strauss Orchestra daily during a much celebrated three month residency at the Imperial Institute, London. The performances were wildly popular. It was remarked by the press that, “it is a delight in itself to watch the way in which he conducts, how he contrives to impart his animation to each individual member of his orchestra( …) He seems to actually live in the music he is conducting, ever and anon relinquishing the baton and taking up the violin.”2

Although we are not sure which exact performance the Countess saw, the programmes which Strauss put together in London included arrangements of music by Tchaikovsky, Liszt, Mendelssohn and Strauss and favourites like The Blue Danube and the overture from Fledermaus. Queen Victoria herself attended a special performance by Eduard and the orchestra held in St. George’s Hall at Windsor Castle. The Countess also remarked in her draft that “many many years ago Lady Warwick remembers listening to the beautiful Waltzes played by Herr Johann Strauss Senior (I), but no music has charmed her so much as that of Eduard Strauss who she has heard lately.”

It is plausible that the Countess may have been present at Johann Strauss (I)’s final London concerts given in 1849,3 where she may have heard the famous hand-clapping Radetsky March. Eduard too composed, however, only a few of his run-away polkas ever became popular.

Although we shall never know what Herr Eduard made of the Countess’s pencil case, it is likely that this object was designed or decorated by Anne’s own hand. One imagines that the diamond and ruby scarf-pin given to him by the Princess of Wales may have aroused a greater excitement from the Austrian maestro. It is clear from her incoming correspondence that she often sent drawings in her letters as gifts for her family and friends. One wonders how many of her drawings are still sitting in their original envelopes hidden away in archives across the country.

Alas, no reply from the conductor has yet surfaced. The Countess’s original letter is likely to have been destroyed when Eduard had the entire Strauss family archive consigned to flame in October 1907 in an act of artistic desecration.

Often overshadowed by the notorious Frances Evelyn, or ‘Daisy’, 5th Countess of Warwick, Anne’s talents and achievements certainly deserve a waltz of their own…

1 K. Hadjiafxendia, P. Zakresi, Crafting the Woman Professional in the Long Nineteenth Century, Routledge 2016, p. 139.
2 The Morning Post, Monday 13 May 1895.
3 Johann Strauss (I) made two successful trips to London in both 1838 and 1849 respectively. It is likely that Anne would have conceivably been too young to remember a performance when she was still a child.