You are here: Home>Locations>Warwick>Outside the Warwick Court House

Outside the Warwick Court House 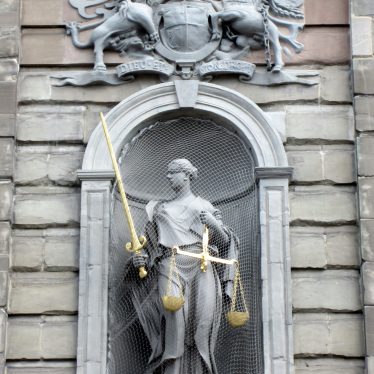 Statue of Justice on the Court House in Warwick
Anne Langley 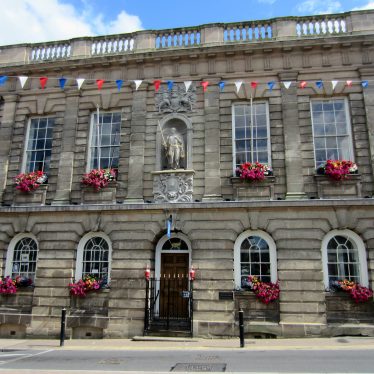 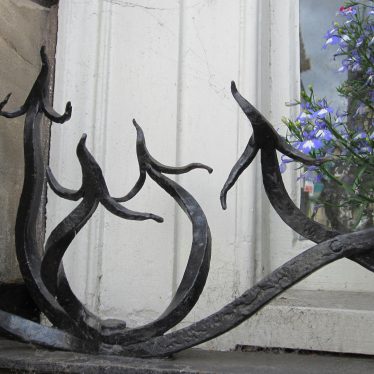 The current handsome Georgian building in Jury Street stands on a site that had been successively St Peter’s Chapel, the Cross Tavern and an earlier Court House. The surviving Court House was constructed by local architect Francis Smith in the 1720s, following the great fire of 1694, using stone from local quarries. It cost £2,250 to build. Outside is a statue of Justice that cost £15 originally; it is by Thomas Stayner – a master mason from London – and the sword and scales have recently been nicely re-gilded. A recent restoration made use of stone from a quarry that was reopened specially and also included a lift installed at the rear to facilitate access to the ground floor. The interior of the building is described elsewhere.

The wrought-iron spikes on the window sills are of an unusual ‘devil’s tail’ design by Paris & Taylor who also worked at Charlecote.

The Court House in Jury Street proved too small for the purpose of holding the Petty Sessions and so Pageant House next door was acquired. Petty Sessions were the precursors of the current Magistrates’ Court. Quarter Sessions were held in the Shire Hall that stands in Northgate Street between the Judges House and the Gaol; they merged with the Assizes in 1971 to form the Crown Court (which has now moved to a new building in Leamington Spa).