You are here: Home>Locations>Hunningham>The Manor of Hunningham: a History Going Back a Thousand Years

The Manor of Hunningham: a History Going Back a Thousand Years

The Manor of Hunningham has a history going back a thousand years. This characteristic makes it of great historical and scientific interest in the context of studies on the history of European feudalism. 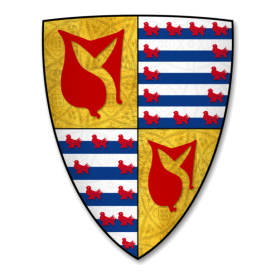 After Corbucin, many authoritative characters and illustrious men, who have marked the history of Warwickshire and played important roles in the history of England, have followed one after the other, as Lord of Hunningham.

Among the many historical figures, we remember John de Hastings, who in 1325 became Lord of Hunningham. He fought in the First Scottish War of Independence under King Edward II and was also governor of Kenilworth Castle.

The Barons of Leigh 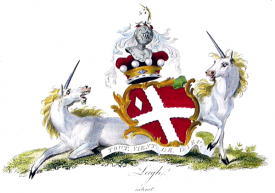 The history of the Manor of Hunningham is exciting and full of details told by historical documents stored in multiple British public archives. From the studies carried out, we know that in 1695 the Manor of Hunningham was acquired by Baron Thomas Leigh. With this transfer of ownership in 1695, a very important period in the history of the manor began. The lordship remained in the possession of the prestigious Leigh family for almost 300 years, this long period has contributed to strengthening and preserving the manor, especially as regards to its historical identity. The manor provided centuries of well-being under the guidance of the barons of Leigh, it was then sold in 1989 to Roy Chew, who held it for about 30 years. 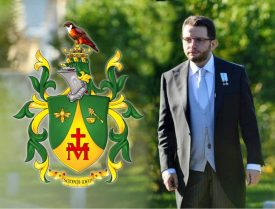 Today the Lord of the Manor of Hunningham is Dr  Luca Lombardi who owns all the rights associated with it. Dr Luca Lombardi is a historical and numismatic researcher, publisher, is a member of the life of the Manorial Society of Great Britain and other international historical societies. He is the author of books and scientific studies and organiser of international exhibitions and conferences. He is preparing a detailed book on the history of the manor based on historical documents. Further historical information is available on the Hunningham manor website