You are here: Home>Locations>Coventry>Coventry City Footballer Walter Kimberley, and World War One 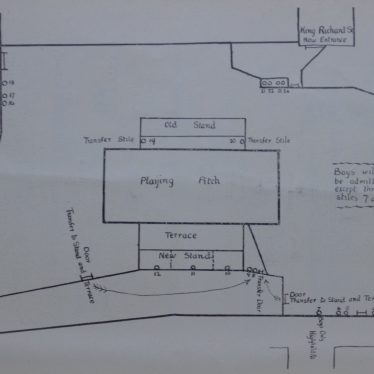 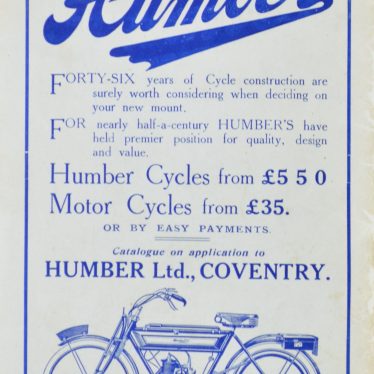 An advert for Humber Cycles on the back page of the 1913-1914 Coventry City Official Handbook.
Image courtesy of Simon Young 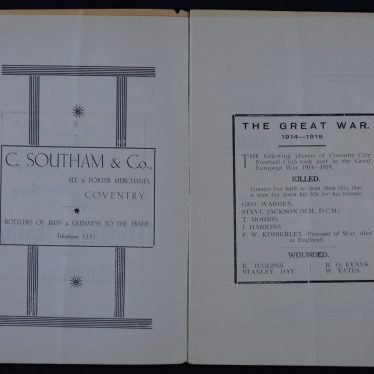 Walter Kimberley’s wartime experience is one of hardship, effort, determination… and ultimately death, though not by any bullet wound. His is a story that shows war can claim casualties away from the stereotyped image we have of a battlefield.

His life before the war saw him born in Bordesley, Birmingham in 1884, one of 11 children. His parents were Charles William Kimberley, a bone turner/general labourer, and Myra. At the age of 16 (1901) Walter was an engraver, however at the time of joining the army as a reserve in 1904 (he was noted as a private in the reserves in 1907), he was recorded as a packer.

Walter had played for both Aston Villa and Walsall before joining Coventry City in 1912. Club historian Jim Brown states how Kimberley made 23 appearances for Coventry before war was declared, scoring one goal. During Kimberley’s time with the club, he also worked for Coventry Ordnance Works.

The outbreak of war

At the outbreak of the First World War, in August 1914, Walter was mobilized at London and posted to the 1st Battalion of the Coldstream Guards, and a few days later he was appointed Lance Corporal. It was not long, however, before he was taken prisoner, this happening the very next month on 9th September 1914.

We are fortunate that Walter’s experiences as a Prisoner of War have survived, and are available to view at the National Archives. They are also available on find my past.1 The start of his account gives his details.

The following page recounts his experiences.