Warwickshire at War- The Home Front 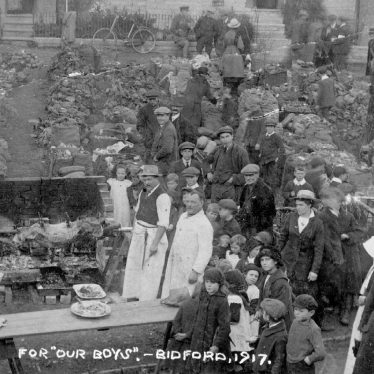 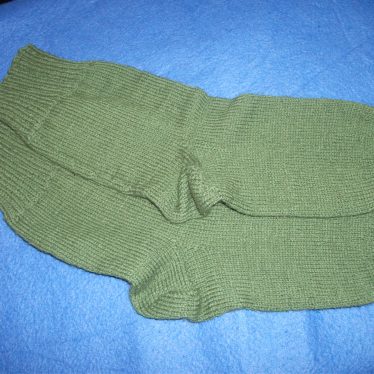 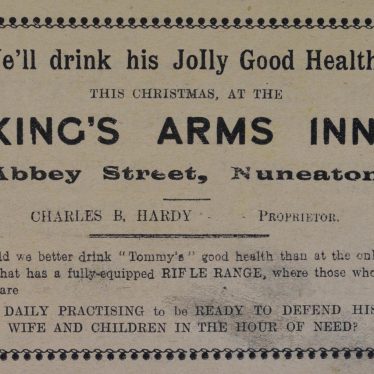 Many existing organisations responded by providing financial and other support. Warwickshire County Council organised the provision of accommodation for Prisoners of War, and also the creation of allotments to combat food shortages. Funds were raised to buy ambulances and food packages for soldiers fighting in the trenches.

Contributions to the war effort were also made in kind. Individuals and organisations knitted socks for soldiers, picked blackberries to make jam or provided accommodation for refugees and injured soldiers.

Many people had to cope with a change in circumstances. Families and businesses alike suffered when men left home to fight. Many women took work outside the home for the first time in munitions factories or on the land. Food was less plentiful. Compulsory rationing didn’t start until 1918 but throughout the war people were encouraged to eat less of certain foods, such as bread, and grow their own food wherever possible.

The first zeppelin attack on 19th January 1915 in Norfolk fuelled a fear of German invasion. A blackout was introduced, and boy scouts in Warwickshire painted white lines on kerbstones to make them easier to see in the dark. The fear of German spies sometimes made people suspicious of others. Germans living in Warwickshire were distrusted, and a female archaeologist surveying a building was once mistaken for a German spy and apprehended by a Warwickshire policeman. Many people felt that their actions could contribute directly to the war effort and help win the war.

Map marker in the right place? If not, please correct the map.
Locations
Warwickshire unspecified or out of county (182)
Subjects
World War One (97)
Author
Jane Dennick
Date