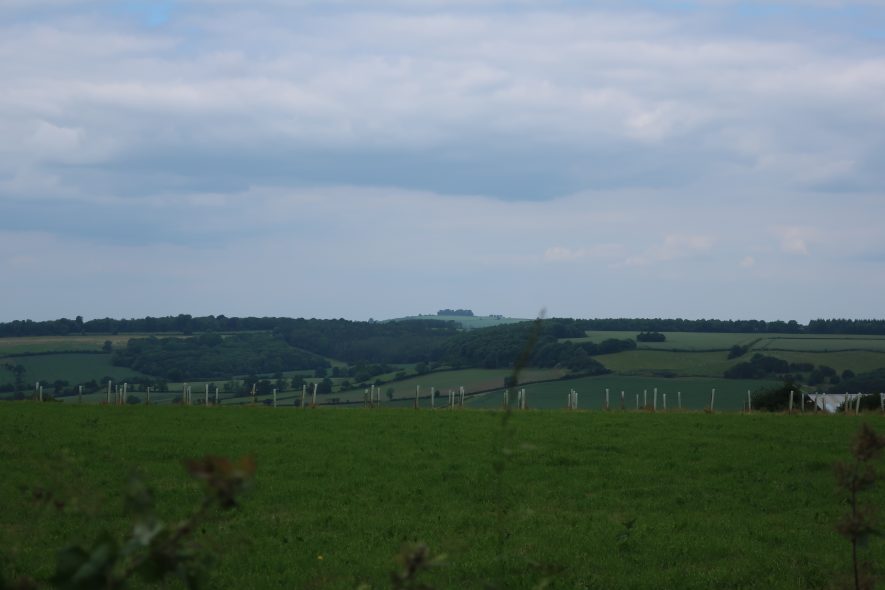 The excavation of an Iron Age settlement. Features and finds include enclosures, a ditch, pits, cesspits, an infant burial, animal skulls and pottery. The site is immediately to the north east of the Rollright Stones.

Site of an Iron Age settlement.

1 An enclosure, first recorded by Stukeley in 1743 as an earthwork. It was relocated on a 1961 vertical aerial photograph. A geophysical survey confirmed its location and traced a second enclosure to the NW. In 1982 the site was partly excavated. A number of pits and the enclosure ditch were excavated. The enclosure is about 0.26 hectares in size. Features occurred, however, outside as well as inside the enclosure. Pits were probably used for grain storage and two cesspits were also found. An infant burial and animal skulls may indicate ritual deposits in and around two features. The enclosure was formed by a substantial rock cut ditch and probably an internal wall. Its scale may indicate that it was defensive. The excavation produced Iron Age pottery including Droitwich briquetage, also animal bones and several small finds.
2 Plan.