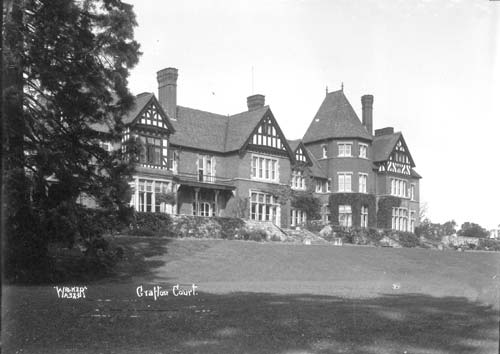 A park at Grafton Court which was established during the Imperial period. The park contained features such as formal gardens, informal pleasure grounds, pools, kitchen garden and an orchard. These features appear on Ordnance Survey map of 1886 and later maps.