You are here: Home>Locations>Radway>Radway Grange grounds 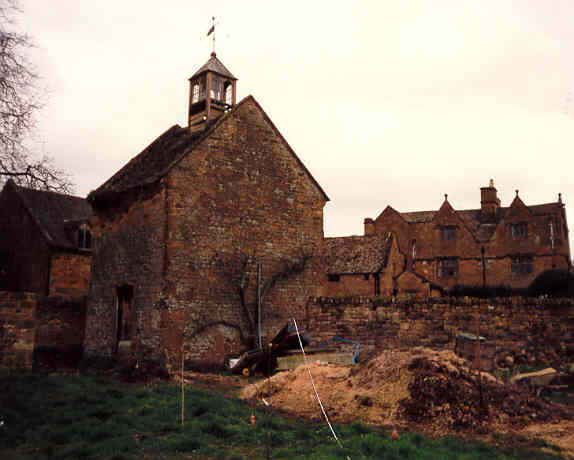 A landscape park surrounding Radway Grange. The park was developed from the Post Medieval period onwards and now incorporates 20th century gardens. The park and gardens are situated to the south east of Radway.

1 Radway Grange was the home of Sanderson Miller who adapted an existing 16th century house to a mid 18th century Gothic style and designed a landscape park around it. Pre 18th century features include a 16th century dovecote. 18th century features include extensive woodland, the octagonal Edge Hill Tower, the Gothic ‘Cottage’. Later features include a mid 19th century obelisk and early 20th century enclosed gardens.
2 Grounds laid out from 1740. Survive little changed apart from 1920s garden, though has been some intrusive development. Features include boundary planting, woodland, ponds, drives, tower, obelisk and pleasure grounds.
3 Park designed by Miller as a unified landscape on slopes between Radway Grange and Edge Hill Tower; Gothic revival features were possibly inspired by Medieval and Civil War associations of site. Some documentary evidence for development, including Miller’s diaries 1749-50. Features include: cascade c1740, Egge Cottage 1743-4, Edge Hill Tower slightly later, gatehouse and artificial ruins (not extant) 1750. Estate remained in Miller family until 1916, with added features including obelisk (1854). New owners in the 1920s made changes to the gardens immediately around the house, adding a topiary garden and formal rose garden. Estate has since been divided and much of parkland is in agricultural use, which detracts from overall unity.
4 – 5 The OS 1:10560 1886 Shts 52NW/52SW show parkland and features including Edge Hill Tower, the obelisk and the Cottage.
6 – 7 The OS 1:10560 1923 Shts 52NW/52SW show parkland shaded.
8 Park shown on Greenwood’s map of 1822.
9 Investigation of the age of trees felled in Castle Wood was carried out to investigate whether these beeches were planted in the mid-18th century by Sanderson Miller as part of the landscape design for his new park at Radway Grange. The setimated planting dates for the trees was 1768 to 1774. This is the period after which Miller had acquired the scarp edge following his enclosure of Radway in 1756, so fits well with his landscaping activities, but they are not the 103 beeches received from Sir Edward Turner noted in his accounts for January 1756, however it does confirm that he containued to plant Edgehill escarpment up to 1777.