You are here: Home>Locations>Wolston>Wolston Village: Main Street and The Beeches 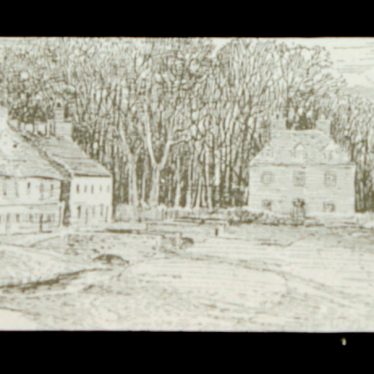 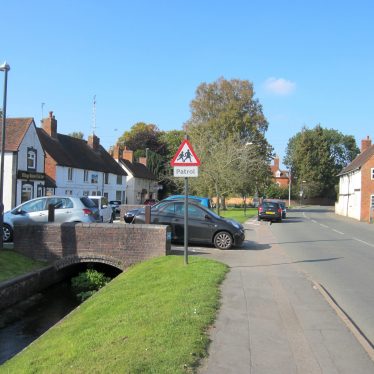 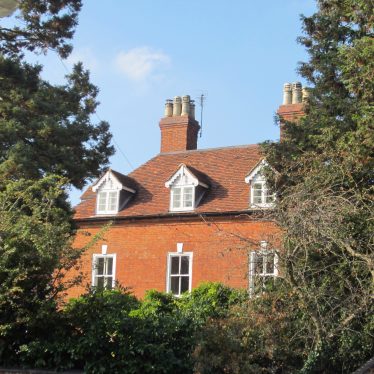 This etching of Main Street in the centre of Wolston shows The Beeches and the Red Lion Inn. Sadly the Red Lion has recently been demolished (the gap behind the blue boards in the recent photo). The Rose and Crown opposite still survives, however.

The Wilcox family – lord of the manor

The Beeches is still there, though trees have grown up in front of it. It’s an attractive 18th century Grade II listed building that used to belong to the Wilcox estate. I have a vague memory that it was it the dower house – can anyone confirm this? The Wilcox manor house that stood next to the church was sold with its contents in 1927 and then demolished. A few fine trees in the garden along with gateposts, iron railings, and converted stables are all that survive. By the way, the Wilcox family ‘stole’ the river Avon in Wolston: the straighter millstream dug out for their mill is now the main river, whilst the old winding river has been reduced to a tiny stream. Proof of this is shown by the parish boundary, which runs along this winding stream.

Tom Walton’s ‘A Wolston Walkabout’ can be consulted at the Warwickshire County Record Office reference PH 1213.