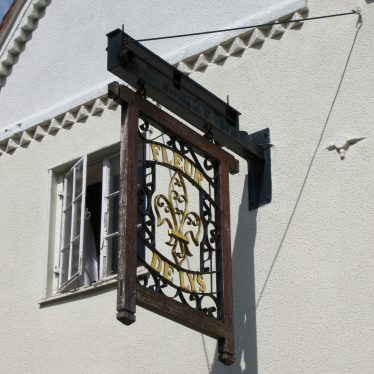 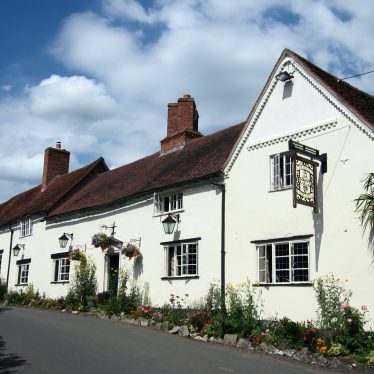 The Fleur de Lys pub at Lowsonford is famous for its pies. The classic pie was chicken and mushroom or steak and kidney, originally baked here by Mr Brookes in the 1950s (or more probably his cook). The pub supplied pies to chip shops all over the county; Mr Brookes moved to Emscote Mill in Warwick and expanded the business nation-wide. Production was eventually taken over by Pukka Pies, a firm based in Leicestershire.

Near two other attractions

However you can still enjoy a pie at the Fleur de Lys pub by the canal in Lowsonford. Close by are two other Warwickshire attractions that feature on this website: an interesting statue by Sir Anthony Gormley and the charming lock-keeper’s cottage (now in the care of the Landmark Trust).

Fleur de Lys is an interesting pub name. A fleur de lys is an ancient heraldic symbol of a lily flower with three petals (any gardener will tell you that lilies have five petals but this is presumably a bit of artistic licence). It can also mean an iris, which is botanically more correct as they do have three petals. It features on many coats of arms, including that of the British Royal Family.

Does anyone remember eating a Fleur de Lys pie – do tell us about it if so?