The Dun Cow Inn at Stretton on Dunsmore 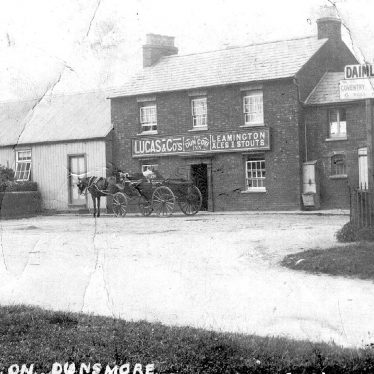 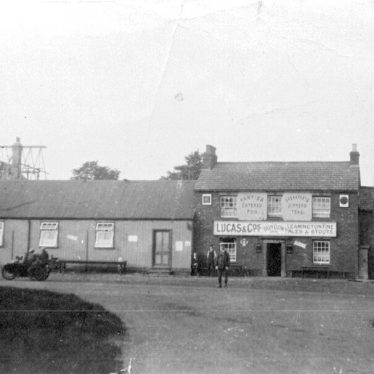 The new Dun Cow being built by the old one, Stretton on Dunsmore, 1930s
Unknown photographer, from the collection of Mr and Mrs Morron. 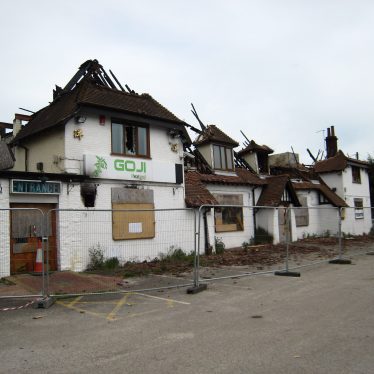 The Dun Cow was a coaching inn on the London to Holyhead Road, now the A45. It was first recorded in 1731 at Knightlow Hill (near the Knightlow Cross where the Wroth Silver ceremony is held). In the 19th century it moved along the A45 to the current site opposite School Lane in Stretton on Dunsmore. For many years this inn was the site of local inquests and the annual Wroth Silver breakfast.

In the 1930s a new Dun Cow was built alongside the old one (see photo) and the old building then demolished. The new Dun Cow later became a restaurant (Stretton Place) and a club (Oasis, then Crazy Daisy’s) and finally a Chinese restaurant called Goji with plastic palm trees and a Roman chariot outside – presumably because of the Fosse Way nearby.

Sadly the restaurant failed, was vandalized and set on fire in 2011. The ruin has stood for some years (see photo) but there is now an application to build on the site so it may soon disappear completely. Does anyone have memories of it in happier days? (I have heard tales of lively war-time dances with the American troops stationed nearby during the second World War.)