You are here: Home>Locations>Coventry>Walking the Historic Avon and Sowe

Walking the Historic Avon and Sowe 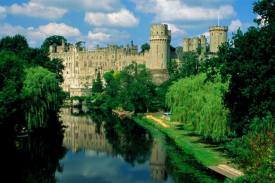 The River Avon at Warwick
Image courtesy of Michael Spicer 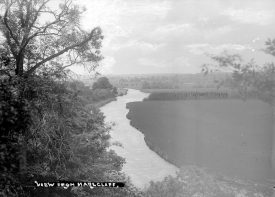 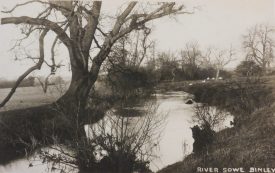 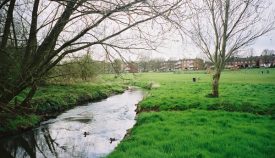 Warwickshire is blessed with beautiful rivers. In the north of what was once Warwickshire one finds the River Rea and to the south of the county lies the River Stour, one hemmed in by urban sprawl, the other quietly runs across ancient farmland and through secret glades nourishing south Warwickshire. Their modesty is their strength and their appeal yet by far the most famous Warwickshire river is the Avon, the quintessential English river neighbour.

The River Avon starts its life

The River Avon starts its life at Naseby and marks the Leicestershire-Northamptonshire border. It is a brook full of weeds and tadpoles and yet soon grows into an edgy otter-filled river as it approaches Welford and then flows gently to Rugby. At Rugby, the Avon heads west towards Coventry although it never actually enters the city boundaries and veers off to the south west and heads for Warwick, the county town.

Coventry has its own ancient waterway, the Sherbourne, that is in the process of being released from its dark prison of many decades as the City Council and Coventry University build new walkways to utilise its splendour. It is no more than a large stream with many secrets but over many centuries, it powered monasteries and industry in Coventry.

The River Sowe bubbles up

Slightly further to the east is the River Sowe which bubbles up in a valley north of the village of Corley and soon becomes a force-filled delightful river at Longford Park. It then passed the Coventry Canal junction at Sutton Stop and heads south into the marshes by Wyken Slough (the remains of an old colliery) and then under a wooded canopy passes the University Hospital, Walsgrave church, and then on past Stoke and Whitley; these were all separate villages surrounding Coventry before the 19th century. The Sowe then joins the Avon just south of Baginton. The Sowe is a classic urban river with more than its fair share of graffitied bridges, plastic bottles and shopping trolleys and yet it holds its own, drawing you into its magical arbour humming with dragonflies, wrens and minnows, silvery and clear.

This was all once Warwickshire. I’m no angler or canoeist but a weekend walker. I love traipsing along riverbanks, muddy tracks over hills and down country lanes. There are hundreds of footways crisscrossing Warwickshire from Edgehill in the south up to Hartshill in the north, lying south of Watling Street, the traditional marker for Danelaw and the northern half of England. Warwickshire’s countryside is decidedly pre-Northern – it is hillier than Oxfordshire but lacks the drama of Staffordshire or Derbyshire with their outcrops. Its fauna and flora are lovely but unassuming but it is blessed with fine rivers.