Then and Now: Stretton on Dunsmore, Oak House and Trade 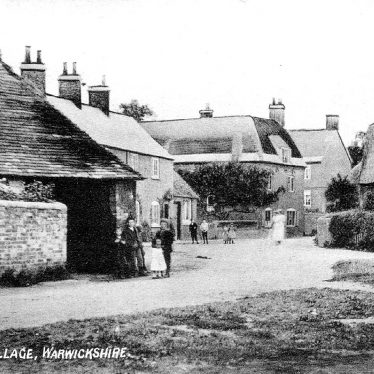 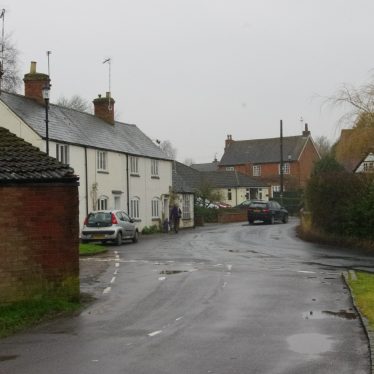 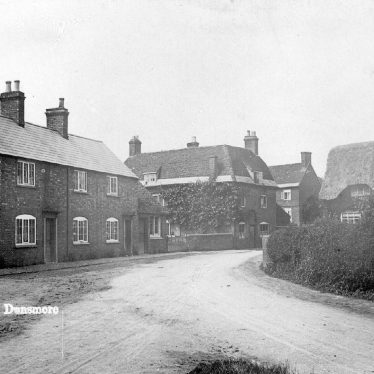 I lived in the large house at the end of the row of cottages. The house was called Oak House. We moved there in 1947 when I was two years old and stayed there until the house was condemned when I was 11 or 12. We were a family of seven: mum, dad, four brothers, and my sister Drucilla who was born there in 1950. It was a fantastic house but very cold in winter, with no toilet or bathroom. The toilet was up the yard about 20 yards away, and my dad obtained an old bath and stood it in an old outhouse where we filled it with water from a well in the yard, after heating it up in an open cast iron boiler.

Probably boring all now so will close, fantastic memories of the house and village. The big house above was Manor Farm and my grandfather Tom How was the tenant. The thatched house was Sutton’s nursery and the end cottage belonged to Cockey Watson and his daughter Mary (cornflakes) Watson.

The house on the corner opposite the black and white one, it used to have newspapers outside on a Sunday with an honesty box. There was a cigarette machine round the corner. Those fags lasted for donkeys years! I got a pack out once and the green shield stamps were pre-decimalisation!

You just look and think about it and there’s different things you don’t notice at first. It makes you wonder if they’re the same bushes.