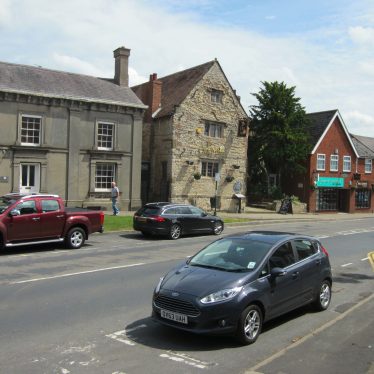 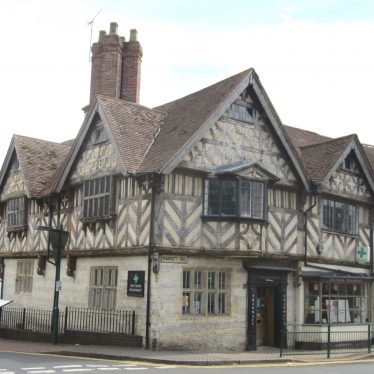 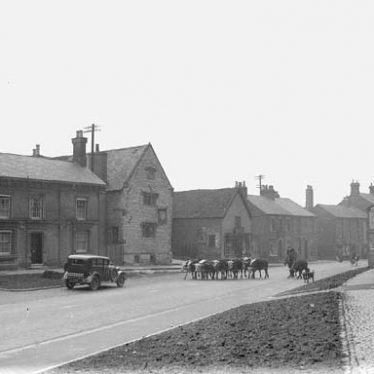 Southam minted its own coins in mediaeval times because local people found ordinary coins too high in value for everyday use. The old mint house was built in the early 16th century (on the site of a 14th-century hospice) and is now a pub – unsurprisingly called ‘the Old Mint’. The grooves in the stone doorway are said to be the result of soldiers sharpening their swords.

During the Civil War, King Charles used the Southam mint to melt down silver to make coins to pay his soldiers. He stayed at the old manor house nearby (known subsequently as King Charles House). He made an address to his troops at Southam on 21st October 1642 before the battle of Edge Hill. I have to say it is rather long-winded and not very inspiring: he stresses his support for the established protestant religion and urges moderation on his men ‘dispoyle noe mans goods…abuse not theire wives or servants or cattell’. A transcription of this speech is to be found in the Warwickshire County Record Office, reference Z 112(sm).

The manor house is a splendid timber-framed building from the late 16th century that is now a chemist’s shop and has recently been refurbished magnificently. More about the history of these two ancient buildings would be welcome.