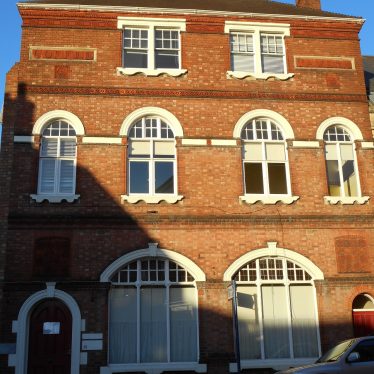 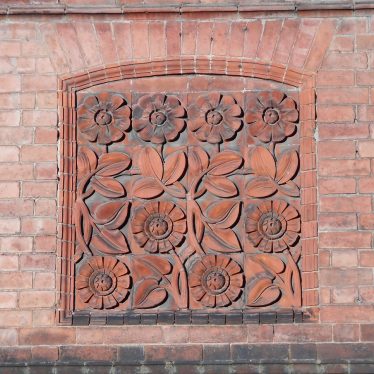 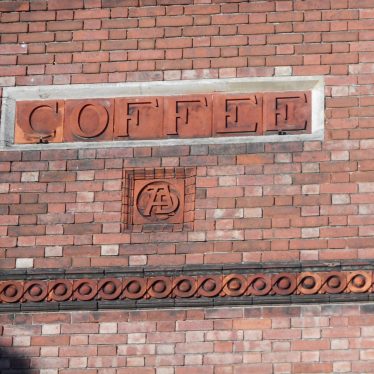 'Coffee' embedded into the brickwork.
Photo courtesy of Iain Hodgson 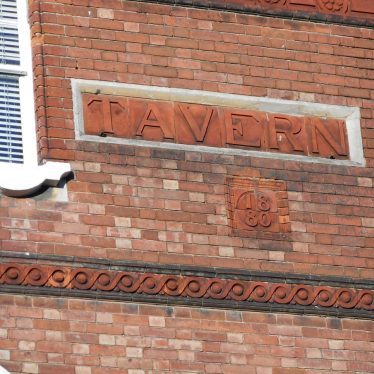 'Tavern' embedded into the brickwork.
Photo courtesy of Iain Hodgson

Warwick’s old coffee tavern (now being used as offices) dates from 1880, and was built for local manufacturer and philanthropist Thomas Bellamy Dale to the designs of Frederick H Moore, a Warwick architect. The temperance movement was particularly strong during this period, and public houses were held responsible for the poor health and drunkenness of the working class people of Warwick.

Dale’s coffee tavern and hotel was built to offer people a teetotal alternative to public houses and alcohol – something not irrelevant today, as many people are currently participating in Dry January! The tavern had a bar and coffee room on the ground floor with service rooms at the rear; a bagatelle room, smoke room and committee and club room on the first floor, and rooms for hotel guests on the second floor.

What immediately stands out about the physical building are the striking examples of Victorian terracotta which adorn the front. The words “coffee” and “tavern” leap out from the second floor, even at street level. Much further below is a floral relief done in the arts and crafts style, which uses repetition of the same four panels to create a beautifully worked design. The nearest source of the clay used to create these panels is near Nuneaton, which had a thriving tile and brick industry.

Linkedin
More from Warwick
More from Cafes and Restaurants, Tea and Coffee Shops