You are here: Home>Locations>Warwick>Then and Now: The Hare and Hounds, Warwick

Then and Now: The Hare and Hounds, Warwick 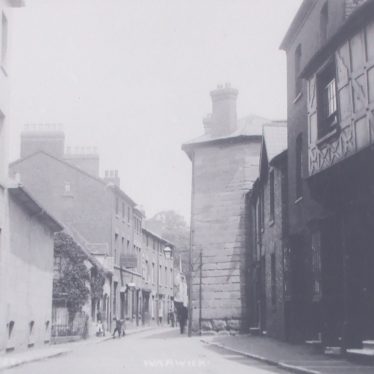 Barrack Street, looking towards Northgate Street. The Hare and Hounds is on the left after the police station.
Warwickshire County Record Office reference PH343/54 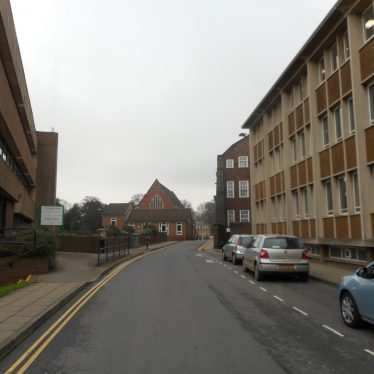 Barrack Street, 2016. Many of the buildings no longer there.
Photo by Benjamin Earl

This pub is first recorded on the 1806 map of Warwick and was situated on Bridewell Lane, although it was later listed as being at 13, Barrack Street. This area of Warwick was completely cleared in the early 1970s when the former Library building was put up so unfortunately there is no trace of the pub left to describe. Eleven proprietors have been recorded during the 110 years that I have records for the pub, and are listed in the pdf at the foot of this page.

William Pettifer was recorded as being the owner as well as landlord and it is quite likely that he was a member of the modern Pettifer family who are builders and property developers. The pub played host to carriers for a short while with services running to Birmingham on Tuesdays and Fridays and to Harbury on Saturdays in 1849 and then to Lighthorne on Saturdays in 1881. The pub was listed as closing in 1916 and was not recorded in 1917.