You are here: Home>Locations>Leamington Spa>Agnes Lake: Suffragette in Warwick Prison: Part One 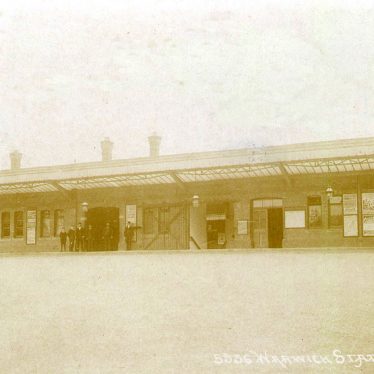 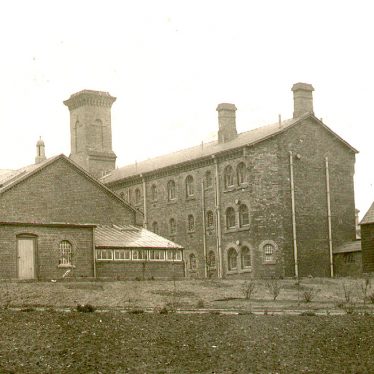 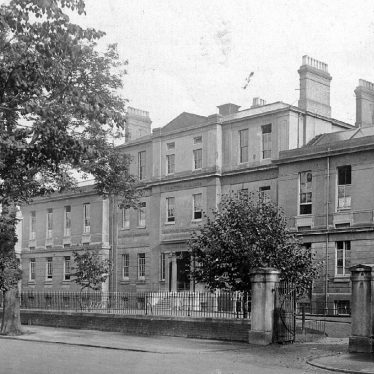 In October 1913, a ‘militant’ hunger-striking suffragette on release from Warwick Prison under the so-called ‘cat and mouse’ act was taken out from her temporary abode in a Leamington Nursing Home to visit Guy’s Cliffe. When she was there, however, she met two gentleman in a car who whisked her away in what appears to have been part of a pre-meditated plan. Leamington Police reported her disappearance to the Home Office.

The suffragette’s name was Agnes Lake.1

Born Agnes Caroline Lake in Harlow, Essex in November 1887, Agnes married Dr William Henry Whatmough in 1910. At the time of the 1911 census, they were living at 58 Wallwood Road in Leytonstone, Essex. Agnes, however, boycotted the census and wrote on the return form ‘Mrs Whatmough refuses all information, having no privileges of a citizen, will discharge no duties’.

The Women’s Social and Political Union was established in 1903 by six women (including Emmeline and Christabel Pankhurst) who had split from the National Union of Women’s Suffrage Societies, feeling that they had hitherto made very little progress towards their goal of women’s suffrage and that more was needed than lobbying politicians and attending meetings. They believed in ‘deeds not words’ – in other words, the famous militancy of the suffragettes. Tactics included damaging property, arson and then, when imprisoned, hunger striking.

In 1913, Agnes began to supervise the publishing of the WSPU’s newspaper, The Suffragette, for a wage of £2.00 a week. She was based at Lincoln’s Inn House, the WSPU headquarters. Agnes replaced a former publisher’s manager, Mr John Isaac Jarman (apparently, Mrs Pankhurst had thought a woman should do the work).

On Friday 2nd May 1913, police raided Lincoln’s Inn House and Agnes was arrested along with fellow WSPU members Miss Harriet Roberta Kerr, Miss Rachel Barrett, Miss Laura Geraldine Lennox and Mrs Beatrice Helen Sanders. Miss Annie Kenney , perhaps one of the most well-known suffragettes, was also arrested. They were charged with ‘with conspiracy to do wilful damage’, including ‘damage to property, risks to life and limb, and a vast amount of inconvenience to the public’ (The Suffragette). They were taken in custody to Bow Street.

The charge was brought on Thursday 8th May against the women for conspiring together with Mrs Pankhurst, Miss Christabel Pankhurst, and other WSPU members on 1st October 1912 and on subsequent dates to ‘cause damage to property’ (The Suffragette). However, due to the poor health of both Drummond and Kenney, the case was adjourned until 13th May. Bail (at a cost) was granted to Barrett, Lennox and Lake.

When the case was heard, Agnes Lake’s defence, Mr Clark, stated that her supervision of the publishing of The Suffragette since January was simply a position of a ‘paid servant at a moderate salary’ and that ‘there was no suggestion that she had ever made any speeches inciting to violence’ (The Suffragette).

The trial opened at Old Bailey on Monday 9th June and all the defendants pleaded not guilty. The trial was soon over. All the accused were convicted, though the jury recommended leniency for Lake, Barrett and Lennox. Mr Justice Phillimore sentenced Agnes to six months imprisonment and she was sent to Holloway prison.

On Wednesday 18th June, the Governor of Holloway Prison wrote to Agnes’ husband regarding her transfer to Warwick Gaol and Agnes was transported up to Warwick by train: according to Agnes, she had no idea where she was being taken and caused ‘much interest’ when she arrived at Warwick Station.2

By Friday, Agnes was on hunger strike and was discharged the following day under the cat and mouse act. She was sent to Warneford Hospital: Agnes later wrote that the hospital was unwilling to take her in and without the persuasion of the prison doctor, she would have been sent to the Workhouse. According to Dr Tibbits, medical officer at Warwick Prison at that time, such hunger striking tactics caused him ‘great trouble and no little anxiety’ (Warwick Advertiser, Saturday 30 December 1933).

Agnes was then moved to a nursing home in Leamington Spa. A letter of congratulation from Christabel Pankhurst soon followed from Paris.

1 Warwick Advertiser refers to her as ‘Alice’ Lake.

2 Agnes Lake’s account can be found alongside many of her letters relating to this period at Girton College, Cambridge ref. GCRF 8/1/6.