You are here: Home>Locations>Coventry>Cicely Lucas: Suffrage, Marriage, a Return to Westwood Heath 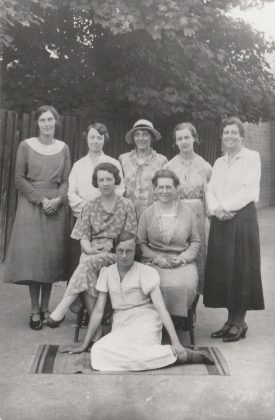 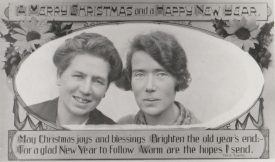 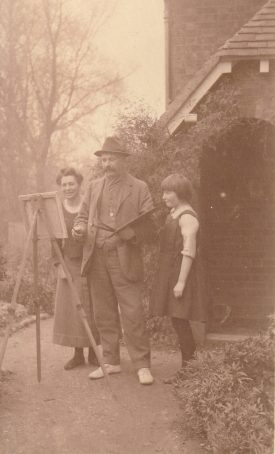 Cicely Lucas was, by this time, a fierce and outspoken suffragette, taking part in marches and attending meetings. As she ‘possessed the schoolmistress’s voice, a carrying rather than a shouting one, and a dominating tone, and was accustomed to being stared at’, she took to giving public speeches for the cause. She sometimes spoke at meetings in Hyde Park, London, and, closer to home, in Birmingham Open Air Market and Gosta Green one evening each weekday, and outside Small Heath Park gates on Sunday afternoons. As she was small but had that effective loud voice, she used these assets to push obstructive men out of the way, and to shout over them when they were heckling the speaker. However as a teacher who also had domestic responsibilities, she could not afford to be arrested and also had to avoid the notoriety of appearing in the newspapers.

In fact, Cicely was now leading a very complicated life. Not only did she need to balance her teaching role, her political life and caring for parents, but she had also become a lot closer to Ernest Lucas. Illegitimate in a strict and religious family, he had had a very difficult childhood and in his early 20s was struggling to complete his university training and find work. Desperate and ill, he repeatedly begged Cicely to marry him. Cicely refused, perhaps realising that as a married woman, she would be required to give up the teaching profession she had worked so hard to enter. But eventually, fearing that her dear friend was dying, she came up with a practical solution to help him recover his health and his confidence. As she put it, she would ‘tie myself to him by a registry marriage’ and he should be ‘content with that for the time being’.

In 1902, Cicely and Ernest were secretly married in a register office in Birmingham, giving fake addresses. Ernest, whose parents didn’t marry until a few years after his birth, used his mother’s maiden name, Orton, on the licence. According to Cicely, ‘Ernest kept his word not ever to question me on the subject of marriage. Twas to be when I wished it.’ It would take ten years but Cicely and Ernest remarried, publicly and officially, in 1912. This time, Ernest used the surname Lucas.

Overseas, and a return to Westwood Heath

The marriage was timely. In 1912 Ernest was offered a teaching post at a school run by the British Embassy in Paris, which he accepted. Cicely accompanied him to France and also taught some classes, did freelance translation work, and later went to work with Maximilian Berlitz at his language school. Too busy to gain much experience of the pleasures of Paris life, Cicely also felt that the embassy staff looked down on her and Ernest as social inferiors.

She came back to England briefly in late 1913 to have their only child, also called Cicely, but returned very quickly to France with her new-born daughter. But the times were dangerous. In the summer of 1914 Ernest and Cicely were holidaying close to the border when news came that the Germans had invaded and were already close by. There was a desperate rush to escape and get back to Paris, with Cicely and her baby travelling in a wagon and Ernest on foot. But the school was closed and no help would come from the embassy officials, who merely wanted to be rid of the Lucases. Cicely and their baby made a difficult and exhausting return to England, finally making their way back to Westwood Heath, where they were taken in by her brother. Ernest stayed in France and for a long while Cicely was unable to discover what had become of him.