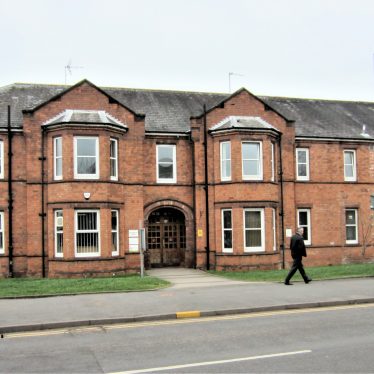 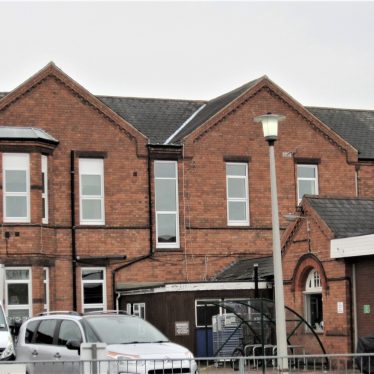 The site of Warwick Union workhouse, constructed in 1837. Virtually all the former workhouse buildings have now been demolished, although parts of the 1903 infirmary remain.

1 Warwick Poor Law Union was formed on 29th June 1836. A new Warwick Union workhouse was erected in 1837-9 at a site on the east side of what became Union Road, now Lakin Road. The Poor Law Commissioners authorised an expenditure of up to £8,000 on construction of the building which was initially to accommodate 200 inmates. It was designed by W Watson who was also the architect of the Walsall Union workhouse. Its layout was based on the double-cruciform plan, a relatively uncommon layout found in only a few other workhouses such as those at Henstead in Norfolk, and Stroud in Gloucestershire. The central block contained the board-room, administrative offices, and Master’s quarters. Separate male and female accommodation was placed at each side. In 1848, a 30-bed infirmary was erected at the west side of Union Road. This was extended in 1857, and in 1876 an infectious hospital was erected to its west. In August 1852, it was agreed to introduce gas into the workhouse and infirmary. In 1881 separate schoolrooms and children’s dormitories were built in the workhouse grounds. A chapel and mortuary were erected in 1883. In 1902-3 a new 132-bed infirmary was built to the west of the old infirmary. After 1930, the former workhouse became known as Warwick Infirmary, then subsequently as Warwick Hospital. Virtually all the former workhouse buildings have been demolished. Parts of the 1903 infirmary remain.