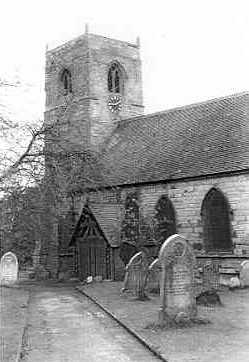 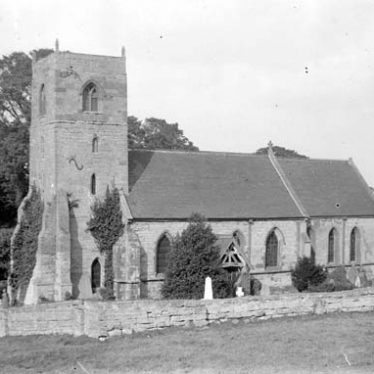 The Church of St Giles, originally built in the Medieval period, with alterations in the 14th Century. The church is situated north east of Grimes Cottages, Bubbenhall.

1 Chancel, nave, W tower, vestry, and S porch. Built late in the 13th century, when it consisted of chancel and nave. Tower added early 14th century, the top stage late 14th century. The only evidence of an earlier church is the 12th century font in the tower. A modern vestry and boiler-house have been built on the N side. The 13th century church is built of dark red sandstone in roughly coursed rubble with ashlar dressings; for the later work a lighter coloured stone was used. Modern tile-covered roofs. Modern brick porch with re-used roof timbers dated 1616. The church is recorded in 1291.
4 Noted by Ordnance Survey.
5 Arch obs during the excavation of footings for a side extension north of the tower, revealed 10 burials and a scatter of 13th – 15th century pottery. Bones were also recovered from below the base of the north west buttress of the late 13th century nave, suggesting burials associated with an earlier 12th century church.