You are here: Home>Locations>Rugby>Hospital of St Lukes, Rugby 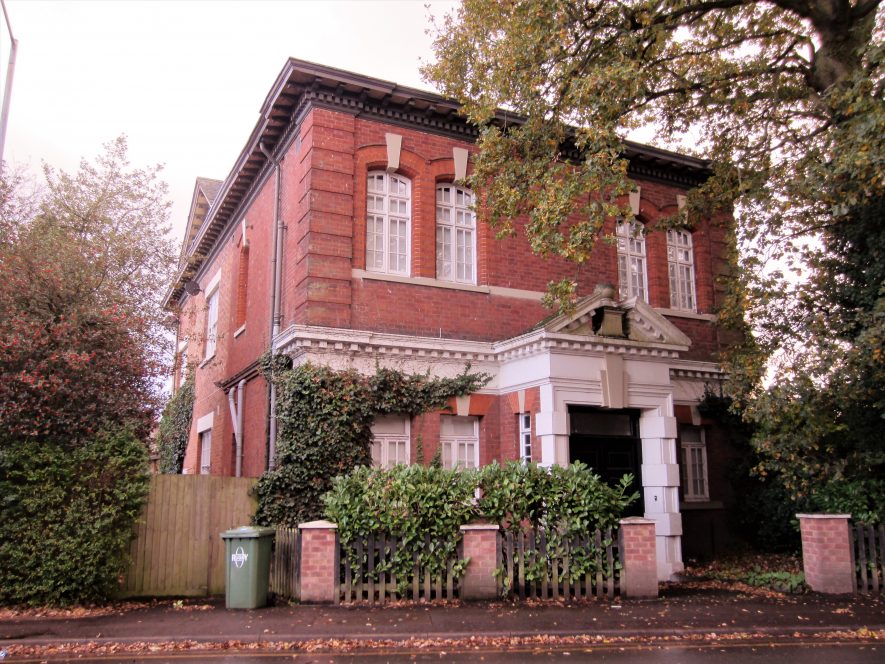 'The Boardroom' formerly part of Rugby Union Workhouse and then St Luke's Hospital, 2018.
Image courtesy of Anne Langley
Description of this historic site

A workhouse that was built during the Imperial period. The workhouse buildings were later used as the Hospital of St Luke. It is situated on Temple Street, Rugby.

1 The Rugby workhouse was sold in 1818 because it was too small and a House of Industry for 130 paupers built at a cost of £1000. The building is now St. Luke’s Hospital.
2 The ‘Union Workhouse’ served a population of 28,000 and had a maximum of 195 inmates and an average of 90.
3 The building, of red brick, is in normal use as a hospital.
4 The workhouse, at the south side of Lower Hillmorton Road in Rugby, opened on 24th June, 1819. The sleeping quarters were fitted out with 50 iron bedsteads each with deal bottoms, straw bolsters, a blanket and two sheets. As the workhouse was intended to accommodate up to 120 inmates, a certain amount of bed-sharing was to be expected, particularly amongst children. Male inmates were given the task of making hemp sacks, while females did spinning. The Union gradually expanded and by 1821 comprised 21 parishes.
Rugby Poor Law Union was formed on 29th March 1836. The new union took over the existing Rugby workhouse, for which it paid a rent of £160 a year to the ten original Gilbert Union parishes who still owned the site. This continued until 1849 when the union bought the site for £4,000.
The main building was set back from the road. At the east of the entrance was a large block dating from 1896 which contained “casual” wards where vagrants were provided with a night’s accommodation in return for work, usually stone-breaking. The building at the west of the entrance had a much more elegant design and contained the Union offices on the ground floor and Guardians’ board room on the first floor. The board room also doubled as a chapel for the workhouse. The building was extended several times over the years as the number of Guardians increased. To the rear of the main block was a large courtyard subdivided by walls to create exercise yards for the different classes of inmates (male/female, infirm/able-bodied etc.). Females were placed at the west of the workhouse and men at the east. To the rear of the yard was the original workhouse infirmary. In 1866, following pressure from the Poor Law Board, this was improved and a full-time nurse was appointed. Further extensions were made in 1873 and 1895. In December, 1906, a new 66-bed hospital block was opened at the south of the workhouse. As well as a male and female ward on each floor, it contained operating theatres on the ground floor, and seven nurses’ rooms in an attic space. Washing and toilet facilities were placed in sanitary towers on the north side. After the opening of the new building, the old infirmary was then used to house the kitchens and dining hall on the ground floor, with infirm wards above, and a children’s ward on the women’s side to the west. The workhouse laundry occupied a large block at the west of the main yards. The workhouse had its own school which between 1872 and 1892 contained around 30 children. The school closed in 1894, with a “Children’s Caretaker” replacing the teacher. In around 1912, the Union set up three children’s homes  the McClure and Townsend homes were in Charles Street, and the Mitchison home in Cromwell Road.