You are here: Home>Locations>Baginton>Site of Migration Cemetery 500m E of Baginton Church 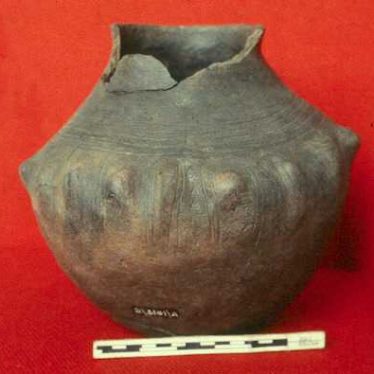 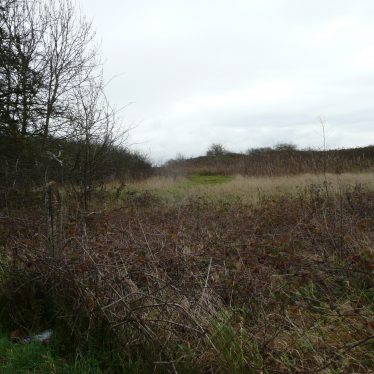 Looking towards Baginton Airport across the scrubland of the landfill site on the sand /gravel pit where the cemetery was, 2017.
Image courtesy of William Arnold
Description of this historic site

The site of a cemetery containing Anglo Saxon cremation burials and inhumations dating to the Migration or Early Medieval periods. Brooches, tweezers, and buckles were amongst the objects found with the burials. The cemetery was situated to the east of Baginton.

1 Burials were found in the course of the working of Hall Pit. The cemetery probably also extends into the Hall grounds and SW of Hall Pit. Most of the burials were cremations; about 60 urns were recovered. Some were buried at about 0.3m and had lost their tops to the plough. The larger urns were buried rather deeper but none below 1.2m. Several cremations were in bronze bowls. Several urns contained the remains of burnt objects such as brooches, a comb, tweezers and toilet articles. There were also at least thirteen inhumations indicated by mandibles, although little else in the way of bone survived. A number of bronze bowls were found including one of late 5th/early 6th century date. Brooches included an applied example, disc, penannular, trefoil, cross pattee derivative, small long, large square-headed, square headed and one late florid brooch. Two small wooden buckets with bronze fittings were found, along with amber, glass and paste beads and wrist clasps.
3 In Coventry Museum are about twelve boxes of cremation and inhumation skeletal material; 42 fairly complete cremation urns; fourteen undecorated accessory vessels; 48 brooches; two pairs and three fragments of wrist-clasps; five girdle-hangers; c3 bead necklaces; a crystal bead; various strap-ends, buckles and tweezers; a mended bronze hanging bowl with four red-enamelled escutcheons; fragments of two or three other bowls; a pair of bronze-bound wooden buckets and fragments of possibly two more; c10 shield bosses; c25 spearheads and c6 ‘knives or daggers’.
4