You are here: Home>Locations>Newton>Possible Medieval Moat at Biggin Deserted Settlement 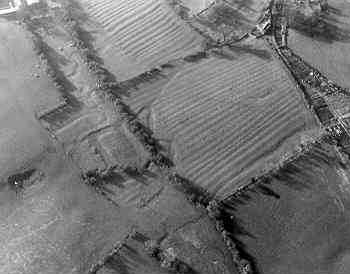 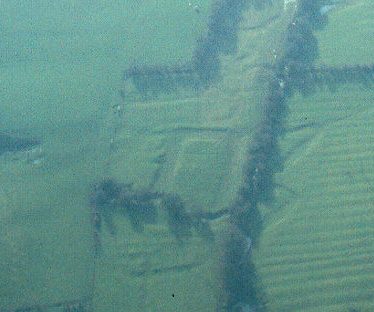 The site of a possible moat, Newton
Warwickshire County Council
Description of this historic site

The remains of a possible moat, a wide ditch usually surrounding a building. It could date from the Medieval period through to the Imperial period. It remains visible as an earthwork, and also shows up on aerial photographs. It is located 450m southeast of Newton. A possible associated fishpond and traces of house platforms and other features are also visible on aerial photography.

1 The only artificial feature in the area of the proposed Deserted Medieval Village (PRN 4171) is a minor drainage moat associated with fast-flowing streams and modern drains.
3 The moat is rectangular and about 80m by 40m, the ditch being 10m wide. The moat is cut by a later channel, so that the NE end is isolated.
4 Visited by the Moated Sites Research Group. Card record includes sketch plan, with possible fishpond (dubious) recorded to NE and possible house platforms to the SW.
5 Aerial photographs.
6 Site visit by Tom Welsh in 2012, including a sketch plan. Dr Welsh suggests a number of additional features.
7 The moat earthwork is visible on Google satellite imagery, as is the eastern extent of the possible fishpond to the NE. Mapping adjusted to incorporate whole range of features.
8 Some of the drainage features across this site may be associated with Biggin Corn Mill, and have been established, or at least reused, in the 19th century.