You are here: Home>Locations>Maxstoke>Maxstoke Castle Gatehouse 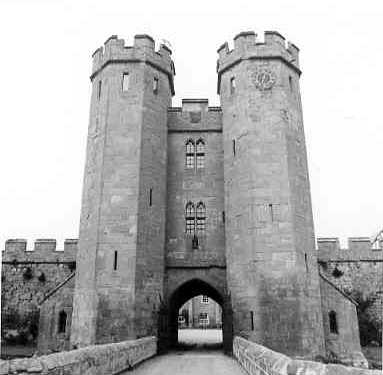 The remains of the gatehouse of Maxtoke Castle which was built during the Medieval period. It is situated 1km east of Castle Farm.

1 At the centre of the E side of Maxstoke Castle is a three storey projecting gatehouse.
2 The gatehouse projects about 13.7m flanked by semi-octagonal turrets that rise well above the main battlements of the gatehouse. The gateways are segmental-pointed arches. The space between the two is vaulted in two bays. The pair of great doors in the outer archway is ancient.
9 Photographed 1977.