You are here: Home>Locations>Atherstone>Site of Atherstone Union Workhouse 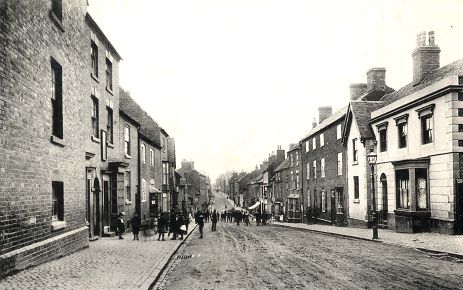 Atherstone Workhouse on left of picture, nearest the camera .
Image courtesy of Peter Lea
Description of this historic site

The site of a workhouse which was established during the Imperial period. It was located on Welcome Street, Atherstone. The workhouse is marked on the Ordnance Survey map of 1887.

1 Site of Atherstone Workhouse marked on OS map of 1887.
2Atherstone Union Workhouse was created in 1836 by altering and extending an existing 18th or early 19th Century building. It was extended in 1911 with the addition of a hospital and again in 1914 with the creation of a kitchen and a residence for the Master. As of the early 21st Century the buildings have been demolished.
3 Atherstone Poor Law Union was formed on 31st March 1836. The Atherstone Union workhouse stood at a site acquired in 1836 on Long Street in Atherstone. The workhouse appears to have been an adaptation of an existing building as the Poor Law Commissioners authorised an expenditure of £2,500 for it be “altered and enlarged”. A new hospital was opened at the south of the workhouse in 1911. This was extended in 1914 when a new kitchen and Master’s residence were also erected. Modern flats now occupy the former workhouse site.