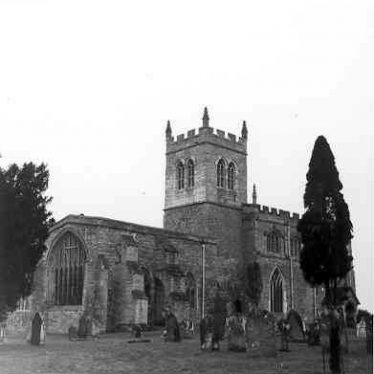 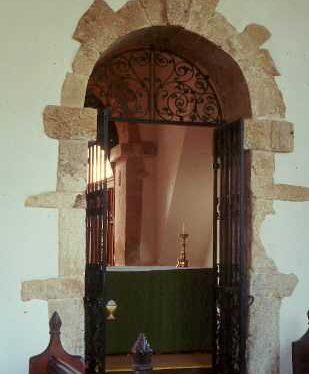 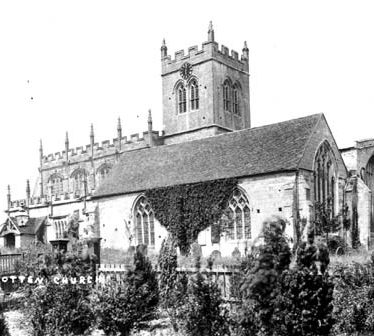 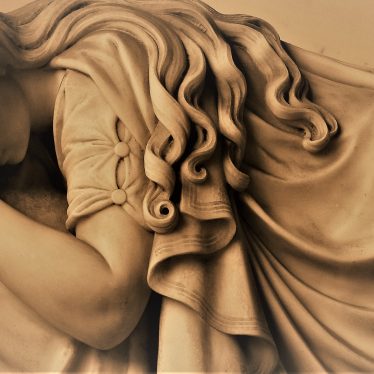 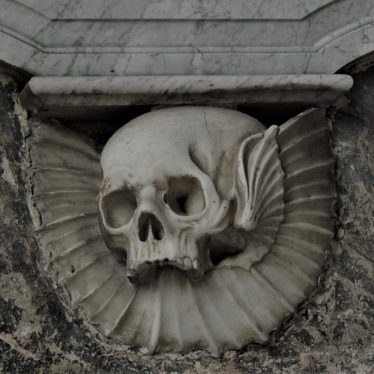 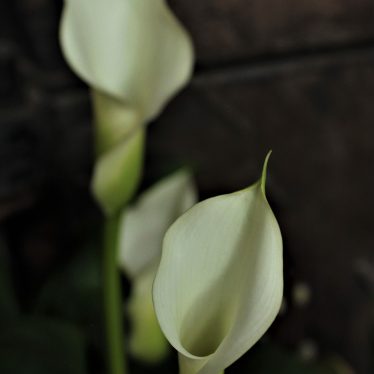 Flowers in the archway. Church of St Peter, Wootton Wawen, 08/04/2018
Image courtesy of Giles Lury.
Description of this historic site

The Church of St Peter which was founded as a minster during the Early Medieval period. Alterations were made to the church in the Medieval and Post Medieval periods. It is situated on Stratford Road, Wootton Wawen.

1 Chancel, central tower, S chapel, nave, S aisle, and N and S porches. Lower three fifths of the tower is probably of the first half of the 11th century; as it has an archway in each wall there is little doubt that the original plan of church was cross-shaped. Nave rebuilt and probably enlarged in the 12th century. The present chancel walls may be of mid to late 13th century; N windows are of c1330-40. S aisle of nave is of about 1250 and may have had a chapel E of it, but the N arcade of the present S chapel indicates a later 13th century date for the chapel than for the aisle. Chapel S windows are of c1330-40, the E window late 14th century, when perhaps the whole chapel was rebuilt and enlarged. Late 15th century: Chancel E window, nave W window, nave clearstorey, top stage of tower and heightening of S aisle. N porch early 16th century. 1635: Chancel walls heightened and roof replaced; the N wall had subsequently to be heavily reinforced by large buttresses. Church restored 1881, when the nave roof was renewed. S chapel repaired 1918, when wall-paintings were discovered. 14th century font bowl. 15th century and 16th century woodwork – pulpit, screens, seats etc. Monuments of the 15th-17th century and later.
2 Plan of the church.
3 Photographs of the exterior from the south-west and of the Tower Arches.
4 Building description.
5 Listed Building Description.
6 OS Card.
7 Photograph.
8 Descriptive Text.
9 Descriptive Text.
10 Descriptive Text.
11 Archaeological observation of cable trenches and floodlight pits revealed the east face of the Anglo-Saxon north porticus. Fragments of medieval painted glass, a 14th century bronze pin, medieval glazed floor tile, roof tiles and fragments of gravestones were discovered in trenches across the graveyard.
12 Founded as a minster church in 8th century. Has a Saxon tower dating to the late 9th/ early 10th century. There are references to an earlier timber church and churchyard on a different site, an area of land called Priors Close, in medieval deeds. Human bones (MWA 9143) uncovered in the 18th century during the making of a kitchen garden in an area called the Railed Park, believed to be between the present churchyard boundary and the Manor House drive, might belong to an earlier burial site. The source also mentions a Saxon Priest’s house on the site but no location is given.
13 Diocesan notes on the church of St Peter.
14 Article with plans. Photocopy in FI file.
15 Magnetic survey.
16 Notes about the church from 1973 in advance of a possible excavation.
17 Archival material from 1974.
18 Details of planned work by students in 1983.
19 Correspondence from 1986.
20 A short guide to the church.
21 A watching brief in 2004 revealed the remains of two walls made of coursed small squared blocks of Limestone with no visible mortar. These were located to the west of the south-western corner of the south aisle. They were believed to pre-date the 13th century south aisle.
22 A continuation of one of the walls observed in 2004 was found in 2006. Below 13th-century south aisle wall.
23 Bassett states that the area served by the original minster church is now contains 11 parishes. Of these, one is still being served by St Peter’s, Wootton Wawen. Each of the other 10 parishes is served by a church which originated as a chapel subject to St Peter’s. Several were parochial chapels; however most of them began as manorial chapels.
24 19 burials from Wooton Wawen Churchyard were submitted to English Heritage for study; a full osteoarchaeological report was prepared.
25 Article detailing history of the roofs at Wootton Wawen; includes phased elevations.