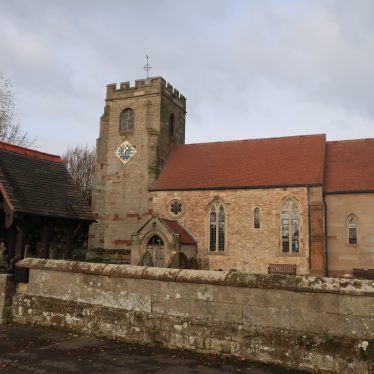 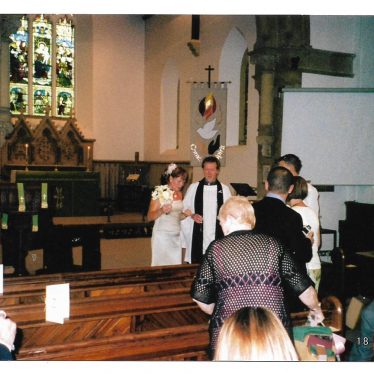 The Parish Church of St. Nicholas which has its origins in the Medieval period but which was largely rebuilt during the Imperial period. Several finds of Medieval date have been found in the churchyard. The church is situated 100m east of Radford Hall.

1 Chancel with N vestry, nave with N aisle and S porch, and W tower. The Medieval church was probably built early in the C12 and enlarged in the C14, when the tower was added.
2 Drawing of c1820.
4 Practically entirely rebuilt in 1889 with the exception of the tower and the nave S wall, which has a small C12 window and a C14 doorway.
6 Finds from the churchyard include glass fragments, a C12-C13 iron spur, and a C14 tile from the same mould as an example from Burton Dassett.
7 Observation of three trial holes at St Nicholas Church, Radford Semele, Warwickshire. A trial hole was excavated to the north-west of the north-west butress and two recorded graveyard soils.
8 Two medieval stone walls were recorded in the north aisle of the church, during archaeological recording during rebuilding work. This indicates that the medieval north aisle was slightly smaller than its Vicorian successor. A barrel-vaulted tomb was recorded, partly below the eastern wall of the vestry. Alterations in the south aisle were evidenced to be from 1838, rather than being part of the 1889 restorations as quoted in the listing.