You are here: Home>Locations>Warwick>The Tilted Wig, Black Horse, and Antelope in Warwick

The Tilted Wig, Black Horse, and Antelope in Warwick 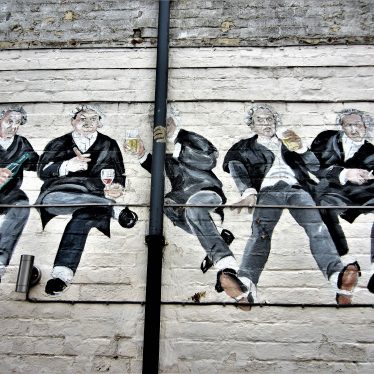 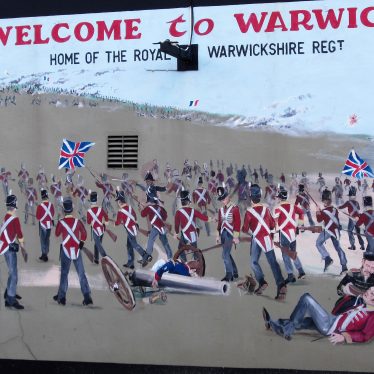 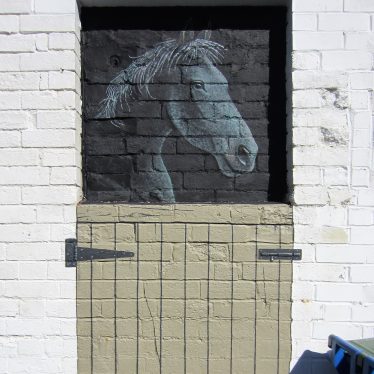 Mural of horse in stable at the 'Black Horse Inn' Warwick, 2018
Image courtesy of Anne Langley

Pub signs are well-known and well documented; pub murals may have been painted by the same sort of artist but are often less well-known, and sadly more ephemeral. Here are a few examples from Warwick.

This interesting mural used to adorn a wall in the courtyard at the back of the ‘Tilted Wig’ pub accessed off New Street. John Crossling writes:

The Tilted Wig was originally the Dragon and the Green Dragon which was a coaching inn going back at least as far as 1805.  In 1977 it was renamed the Oken Arms with the approval of the Trustees of Oken’s Charity, although Thomas had no armorials. In September 1981 it became the Kingmaker although the arms featured on the sign were actually of the Beauchamp family not of Neville the Kingmaker. It became the Tilted Wig in 1989. The name derives from the Crown Court and the judges that visit it a few times a year, which is situated not too far away in Northgate Street.

Sadly the mural has now been painted over, perhaps reflecting the loss of the Court House to Leamington.

This mural not only welcomes you to Warwick, but also celebrates the Royal Warwickshire Regiment. John Crossling says of the pub:

This pub was formerly known as the Navigation, presumably due to its proximity to the canal basin, but in 1881 it took on its present name. The new name was almost certainly chosen to recognise the mascot and insignia of the Royal Warwickshire Regiment. Between 1881 and the 1960s the pub had only nine landlords, which shows the relative security of the trade in earlier years. This is unlike today, when a tenant or lease holder is doing well to last over five years, and managers two or three.

[Licensee] Alfred Hutchings (1896-1914) was first listed as being a smith as well as licencee – it was not uncommon for these two trades to be combined all this time. He was later, in 1911 through to 1914, listed as brewer. I can only assume that there was an error made at Mr. G. Knight Knightley’s [Licensee from 1915-1930] christening, his unusual name is consistently given throughout his time at the pub.

By the way, there is a museum devoted to the Royal Warwickshire Regiment upstairs in St John’s House that is well worth a visit.

An article elsewhere on this site describes the celebrated highwayman Bendigo Mitchell who features on the doors at the front of this pub. In addition some splendid black horse murals decorate the courtyard behind the pub (off Victoria Street).

John Crossling’s comments on this pub include:

It seems probable that Mrs Evelyn Wyatt married again for the second time in 1928 and became Mrs. Griffiths. If this is so then she ran this pub for at least 45 years which I believe makes her the longest continuously serving licensee at any pub in Warwick. W. J. Power who preceeded Mrs Wyatt is almost certainly William Job Power who was previously landlord at the Greyhound on Emscote Road.

This was a coaching inn and a large number of carriers must have made the place rather like Piccadilly Circus, especially on Saturdays They first are mentioned in 1849, but by 1886 they were running to Knowle, Rowington, Bedlams Inn (WHERE?), Chadwick End, Beausale, Lowsonford, Haseley, Hatton (twice!), Birmingham (also twice!), Hockley Heath, Pinley, Shrewley (again twice), Temple Balsall, Baddesley Clinton and Honiley.

In later trade directories it appears that there were two companies operating coaches from the pub. One running up to three on Saturdays, while a second ran on Tuesdays and Saturdays. It is likely therefore that the destinations mentioned were in fact points along rather fewer routes. The carriers continued but gradually dwindled in numbers, finishing with two on Saturdays in 1916. This date is actually quite late for carriers, as motorised transport was getting quite well established by then.

Editor’s note. The information from John Crossling’s website is published with his permission