You are here: Home>Locations>Warwick>A Murder, and the Search For Fulke Greville's Ghost

A Murder, and the Search For Fulke Greville's Ghost 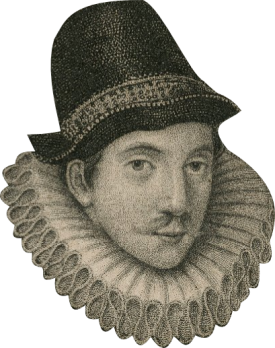 Engraved portrait of Sir Fulke Greville made in 1652. 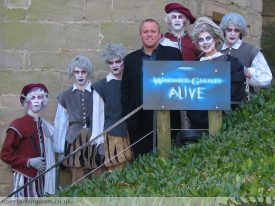 Lynton V Harris and the cast of Ghosts Alive.
Image courtesy of CoasterKingdom.co.uk 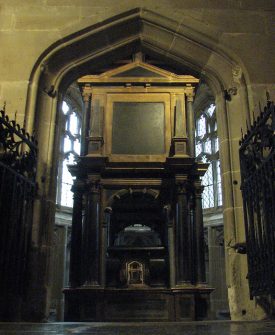 In 2008 Living TV’s Most Haunted came to film a special episode at Warwick Castle. Whilst filming in the Watergate Tower celebrity ‘Spirit Medium’ Derek Acorah recounted in his memoir that;

As Patricia and I entered the bedchamber which was to be the last resting-place of Sir Fulke Greville’s earthly body, I could sense that much spirit activity had been experienced here. I was drawn towards the bed…and gradually the spirit form of a man began to develop. I could see that he was attired in Elizabethan dress.1

Despite his skill in finding lost spirits, Acorah was not the latest man to be haunted by the ghost of Sir Fulke Greville, but the latest victim of an opportunistic ploy envisaged by a fanciful American socialite and a bawdy impoverished Englishman. Indeed, it was a ploy that tells us far more about the 20th century earls of Warwick than it does about their distant ancestor.2

The words ‘Renaissance Man’ are an honour which our modern society has made cheap. However, I can find no better word to describe the life and contribution of Sir Fulke Greville (1554-1628). He indulged in all of the chief pursuits of his day, and was a playwright, courtier, solider, jouster, statesman and poet. Amongst these passions, he was also a great patron of composers, musicians, architects, artists and cartographers. He witnessed the courts of Elizabeth I and James I first hand, and held the important positions of Treasurer to the Navy, Chancellor of the Exchequer and Privy Councillor. If it were not for his efforts, money and patronage, then Warwick Castle would not have been saved from vandalism and rot after years of neglect in the 1590s.

Still in the public imagination

Yet, if there is one overriding memory that is still in the public imagination, it is that of his violent murder. Sir Fulke Greville was killed at the age of 74 at the hands of his manservant, Ralph Haywood, in his London home in September 1628. For many years, it has been reputed that his ghost haunts Warwick Castle.

There is no denying that Sir Fulke’s murder was tremendously brutal, as Edward Reed’s letter to Sir John Coke describes;

My Lord Brooke being upon Saturday come to town and resolving to go down this day for Warwickshire was arrested here by his servant Ralph Haywood, who trussing his points stabbed him into two places in the left side, the upper blow is between the lower ribs and next the back (perhaps mortal): the second and lower blow is but a flesh wound and the cure not doubted. When Haywood had wounded him, being alone with him in his chamber, he ran from him, left him bleeding and locked him in with a double lock, and ran himself into his own chamber which he locked also, opened his doublet and with the same knife gave himself four wounds into his brest, upon which he presently died. … After I heard of his hurt I went to see him, and found him to speak heartily, and not any whit to be troubled with the danger but much with the pain. This morning my Lord’s wounds are to be opened again, upon which the surgeons think to give some guess of the state of him…

It has been suggested that his Haywood’s greed was to blame, with £20 a year being deemed insufficient for such valued service. Chillingly, Haywood’s room is still identified as being next to his master’s in the 1630 inventory of Greville’s London home.

But what about the ghost story?

2 I am grateful to Mr Aaron Manning in assisting me with researching and writing this article.