You are here: Home>Locations>Warwick>Medieval Bridge Over the Avon at Warwick

Medieval Bridge Over the Avon at Warwick 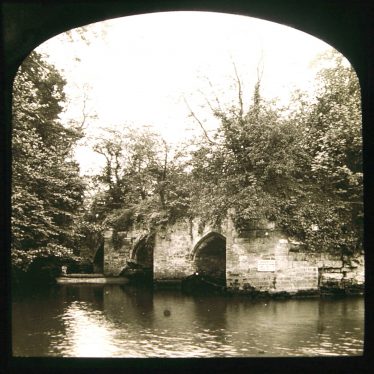 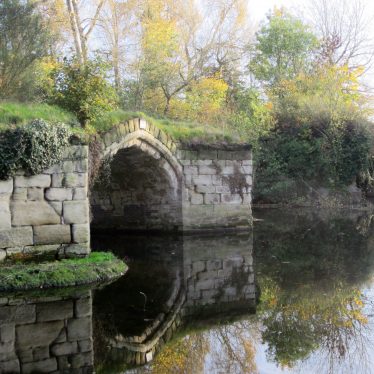 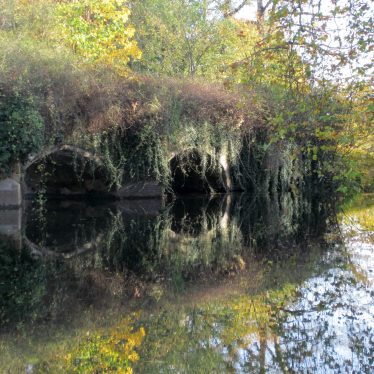 I walked down to the main road bridge over the river Avon to try and take my ‘now’ picture, only to find the old bridge hardly visible in the distance. Clearly I needed to go to Mill Gardens to get a decent picture. It was nice to have an excuse to go to these gardens again anyway. They’re open daily for a small charge and have fine views of Warwick Castle and the old bridge.

The bridge is described on the Mill Gardens board as medieval, and their leaflet suggests that it was built in the 14th century. At that time it was the main bridge over the Avon, leading up to Castle Street and the centre of the town. Once the new, wider bridge was built over the Avon (in the 1780s) this one was sealed off, and later on partly demolished to create a picturesque ruin. There used to be a ford over the river here before the medieval bridge was built, so the river must have been wide and shallow at this point. There is a mill nearby belonging to the castle that was used to generate electricity in the 20th century.